Back to Photo Galleries

Work at the Abbey continues with final preparations being made for the retreat. 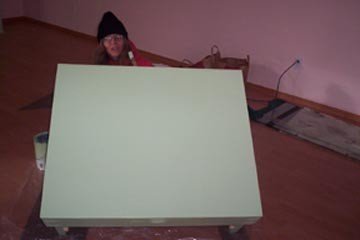 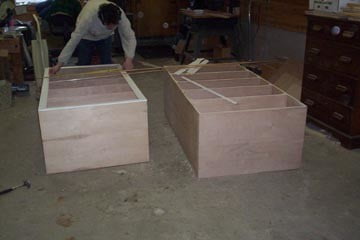 The photos are of the front, as seen coming up the drive way and then of the other three sides…Isn’t it gorgeous? Once we make the outside neater (e.g. empty the kerosene into the tank so the barrels aren’t there, grade the gravel, etc.) it’ll look even better. We’re still working on the inside, so photos of that will follow.

Ten people from Chi Yuan Temple in Seattle, headed by Ven. Jendy, visited the Abbey in August. Venerable Jendy is a member of the Sravasti Abbey Advisory Board

Rinpoche was teaching in Coeur d’Alene and we invited him to visit. Although his hosts had told us that he wanted to rest that day, when he heard about the abbey, he decided to come. We were very happy! He and Ven. Margery, his assistant, are doing incredible work in Mongolia helping people there.

Geshe Gendun blesses the land during his two week visit to Sravasti Abbey.

The Open House and Land Blessing were jointly held June 13, 2004. Khensur Rinpoche Geshe Wangdak, the former abbot of Namgyal Monastery in Dharamasala, India blesses the land and holds a puja for Sravasti Abbey.

On June 13, 2004, in conjunction with an Open House for supporters and neighbors of Sravasti Abbey, Khensur Rinpoche blessed the Abbey land.

The reflection in the mirror reminds us of emptiness and dependent arising, and at the same time, serves as the image of the land. In the upper meadow, we then turned the mirror around, 360 degrees, thinking that every part of the land was now reflected in it.

We then returned to the abbey where Khensur Rinpoche invoked all the Buddhas and bodhisattvas onto the “land” in the mirror. We made offerings to them, and so forth, to accumulate positive potential. Then, because Khensur Rinpoche wanted to see more of the land, we drove him around. During the drive, the mirror was again turned, this time returning the purified and blessed image to the actual environment.

A delightful collection of Winter 2004 photos of, in and around the Abbey.