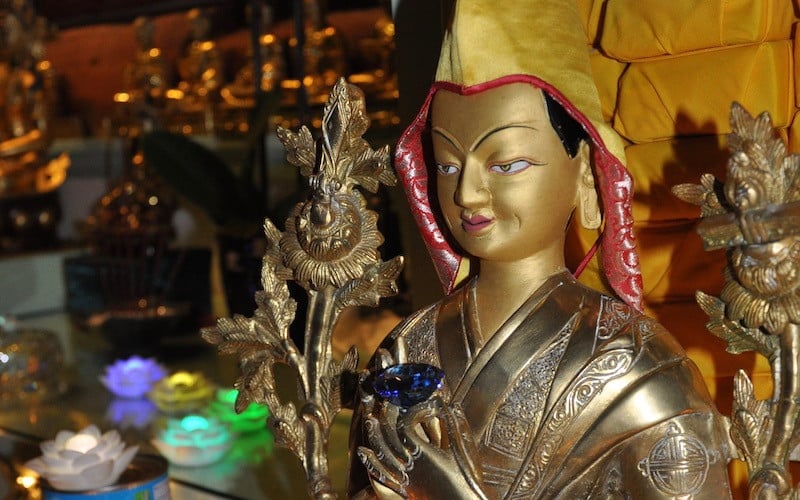 All merit accumulated on this day is multiplied 100,000 times 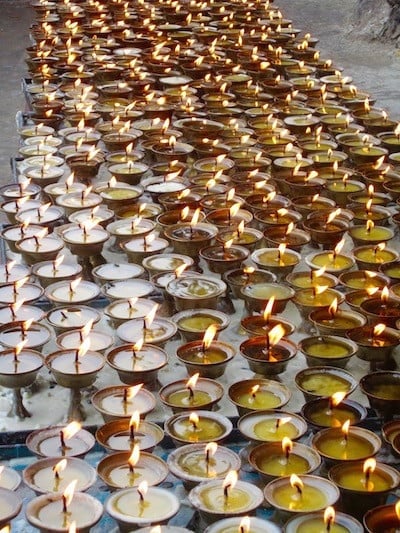 Lama Tsongkhapa (1357-1419) was one of Tibetan Buddhism’s greatest scholars and yogis.

His brilliant illumination of Buddha’s teachings shines through to this day in his Lamrim Chenmo—The Great Treatise on the Stages of the Path to Enlightenment—and other profound texts.

His spiritual heirs include His Holiness the Dalai Lama.

To celebrate, you can read or listen to Ven. Chodron’s talk on Tsongkhapa’s great kindness and her personal experiences of visiting his meditation cave in Tibet.

Then do some of the practices suggested below.

Traditionally, Lama Tsongkhapa Day is celebrated with many light offerings.

May the light of Lama Tsongkhapa’s teachings, dispelling the darkness of ignorance, always increase!

How to celebrate Lama Tsongkhapa Day and create merit