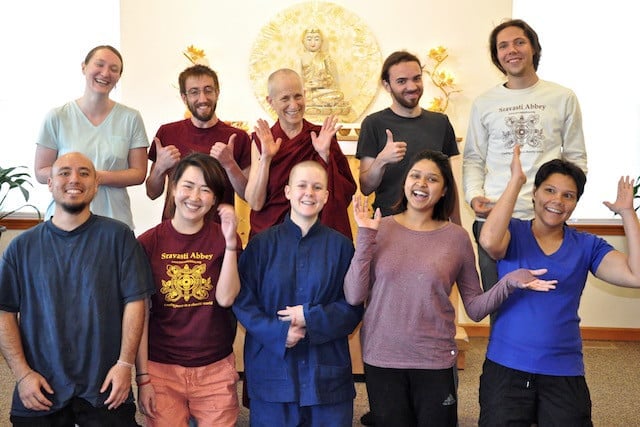 My Surprise About Young Adult Week

By what is called ‘“Jyotishma Chand’“ 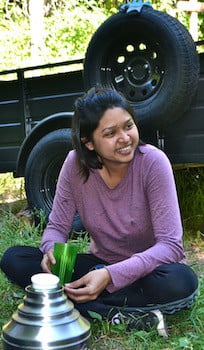 Compassion. It is a word so often included in the mission and vision statements of organizations in existence to help others. It is included in pretty speeches by leaders, be they spiritual or non-spiritual leaders. It is taught in schools. It is taught at home. It is used to set one individual apart from another on the basis of the ‘“good’“ possessing it and the ‘“bad’“ not. I personally hadn’t witnessed compassion being practiced as much as it is preached, at least not until I came to Sravasti Abbey.

In my life, I have come across people who know things but are unwilling to share. They either think that there is a fixed quota of wisdom out there and sharing means less for them, or they fear not being ‘“the wisest of them all,’“ or they merely think that another individual is unworthy of receiving such wisdom. I am grateful to the Abbey for openly giving of their wisdom, for seeing the Buddha potential in this stranger when she couldn’t. For seeing the Buddha potential in all of us strangers who were part of the Young Adults Week. For seeing us strangers as not strangers.

What is Buddha potential to me? It is that no one is innately ‘“good’“ or ‘“bad.’“ All of us possess the virtues embodied in the Buddha—love and compassion to name a few. Admittedly, our interpretation of reality tends to be distorted and under its influence we act in non-beneficial ways. When clouds block the view of the sun, it doesn’t mean that the sun doesn’t exist. Similarly, when stricken by believing in a distorted reality we act in a non-beneficial manner. But that doesn’t mean our virtues don’t exist. My analogy may not be as spot-on as Venerable Chodron’s, but through it I am emphasizing that we all possess the same virtues. We all are suffering because we interpret reality in a distorted manner. We all want to be happy, and it is such things that make no one estranged from another.

The compassion of the Abbey extends well beyond human beings. Compassion towards the environment and animals can be seen in how dishes are washed using only three tubs of water. Toilets are flushed only when needed. While waiting for water to heat up during showers, cold water is collected and used later. Cleaning agents are homemade and free of harsh chemicals. Containers and packaging are washed and reused or washed and recycled. Forests and gardens are weeded for plants that erode soil quality. Fuel efficient cars are driven. “Tick containers’“ are used to carry ticks outside instead of killing them, and the Abbey’s cats are taken for walks on leashes to avoid them killing other beings.

I am not of the Buddhist religion. I came to the Abbey thinking that nuns and monks sit under a tree all day and watch their belly buttons or take naps. I thought they don’t laugh, they don’t associate with lay people, they don’t acknowledge their human flaws because of their spiritual achievements. I thought it is a religion that probably imposes a fear tactic of punishment by a higher being and that probably contradicts science like most religions do. How wrong I was!

The Young Adult Week has made me understand myself, all other beings, and life in a manner I haven’t understood them before. My heartiest gratitude goes to the Abbey. May Sravasti Abbey in the West flourish.