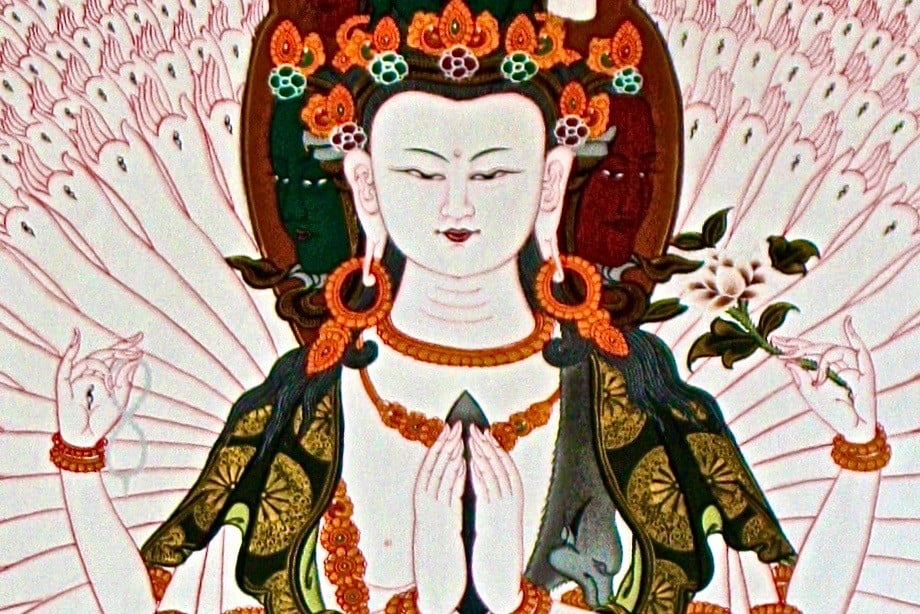 Tugje participated in the Abbey’s recent week-long Chenrezig retreat, finding acceptance and compassion in the practice of confession. She shared this experience with Ven. Chodron at the conclusion of her time here.

Yesterday, during the teachings on the Chenrezig practice, you instructed us to visualize Chenrezig looking at us with complete acceptance and compassion. You said that sometimes we find this difficult because others have looked at us with disapproval in the past or because we are very critical of ourselves.

I wanted to share with you that my interview with you a couple of months ago actually gave me this gift of being able to visualize and be in the presence of a being who looks at you with acceptance and compassion, despite your downfalls.

You may recall that I felt the need to confess a transgression—lying. While preparing for and then going into the interview I had no idea what a “Buddhist confession” would entail, and after our meeting I had a flood of memories from my childhood and early adult years as a practicing Catholic. What a contrast between the two!

As a child, I recall being taught that every sin I committed was like adding a brick to a wall between me and God. At only age 7 or 8, my young, child mind felt that my brick wall was so high that I broke down in tears, begging my mom not to make me go to my first confession.

I did my first confession by choice as a young adult. Perhaps influenced by my child-mind, I felt great shame and guilt when I entered the dark, stern confessional, especially because the priest and I were separated by a wall and spoke only through a small, covered window.

I rejoice now that I’ve had this opportunity to confess to you and know what it feels like to be in the presence of acceptance and compassion. Thank you!