A Buddhist’s Reaction to Climate Change 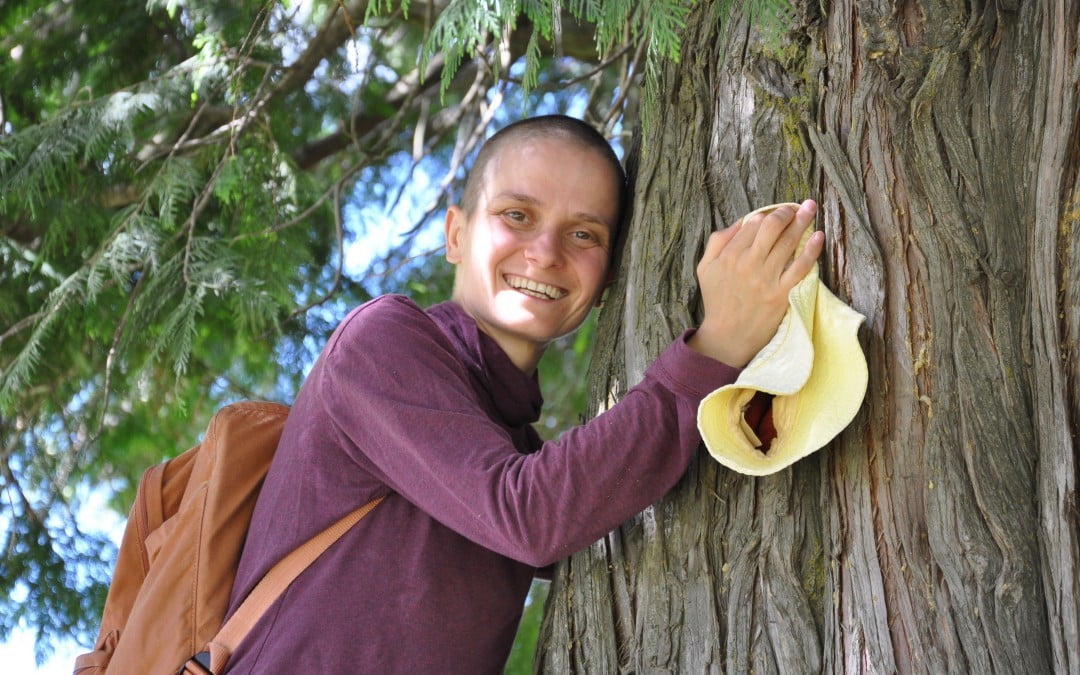 While the US was experiencing a difficult and divisive presidential campaign, marked by turmoil and confusion, major changes were happening, and are still happening, in the Arctic, Tibet, the jungles of Borneo, the Gulf of Mexico and other wildlife habitats around the world. In November 2016, the Washington Post reported that the North Pole was experiencing temperatures 36 degrees Fahrenheit warmer than normal. Warmer temperatures slow the formation of the ice pack, cause melting of ice in the Polar Regions, leading to a rise in sea levels and a decline in wildlife such as polar bears.

Dr. Silvan Leinss from the ETH College in Zurich (a leading international university for technology and natural sciences) announced in September 2016 that two major glaciers collapsed in Western Tibet. Tibet is sometimes called the Third Pole because it stores the most ice and water after the Arctic and Antarctic. The effect of melting glaciers in the Himalayan region will have an impact on the supply of drinking water for millions of people and will have a major impact on the hundreds of millions of people living on low-lying land in Bangladesh.

Also just recently in autumn 2016, the World Wildlife Fund published an article indicating the animal population has declined 58% since 1970, and if nothing changes the population will continue to decline up to 67% by 2020. As a result, animals like the lynx are, or will be, threatened mostly due to human encroachment, industrialization, and environmental pollution, and in the case of other species such as leopards, whales and rhinoceros due to their use in clothing, food, and medical production.

There are many more examples of major changes in our environment related to disturbance of the elements (water, fire, earth and wind) due to climate change. It’s obvious that major changes are happening in our environment and governments. Citizens worldwide are becoming more aware and are increasingly more determined to slow the advance of global warming. There are many positive steps in that direction.

Around the same time as the US elections this year, the COP (Conference of the Parties) organized the 22nd Climate Change Conference in Marrakesh. This conference has been proclaimed as the peak of practice, the more practical approach after the Paris COP 21 in 2015. The Marrakesh conference was organized to make sure the commitments made in 2016 become reality.

Our friend Gary Peyton, an environmental advocate from Idaho, shared with us the outcome of the Paris Climate Change Conference in 2015. He told us 195 countries adopted a global agreement to combat climate change and to intensify the actions and investments needed for a sustainable low-carbon future. Furthermore, this conference brought a deep understanding of the intensity of human impact on the planet.

Now in November 2016, 15,000 delegates met again in Marrakesh. They worked hard to translate the promises they made in Paris into work schedules and deadlines. The election in America, of course, has been watched closely, but so far the delegates have not been greatly influenced by it. The trend to a climate friendly environment is already on its way as is the determination to make sure that global warming will not extend 1.5 to 2 degrees Celsius. In the U.S., many counties, cities, and communities have already made steps toward an energy revolution, exiting from dependence on nuclear and fossil-fuel energy.

For example, the U.S. has the most active nuclear plants (100), but it’s reducing this number. The plans are to turn off 30 nuclear plants during the years of 2019/20 and only four new plants are under construction in Georgia and South Carolina. The U.S. uses quite a good amount of alternative energy, 11.7%, and there are increases in the use of solar and wind energy.

But the most impact this year in Marrakesh has been made by strong commitments from 47 developing nations. Most countries in Africa, joined by Costa Rica, Sri Lanka, and Bangladesh, agreed to increase their use of alternative energy sources such as sun, wind, bio energy, and water power up to 100% by 2050!

So there is a lot of activity on the governmental level, but that very much depends on the economics and on people—on each of us here in this room, in New York, Texas, Florida, Germany or Singapore and worldwide.

I have written a couple of articles that you can find on thubtenchodron.org on the topic of environmental protection and general engagement. I have shared how a healthy relationship with our environment on different levels can be established. I really recommend that you look it up, if you are interested: “The Earth is Our Only Home.”

I would like to especially point out what the Abbey has been doing for several years to protect the environment to increase our own awareness and to hopefully inspire you to follow in our footsteps:

Although we monastics at the Abbey take care of the forest by cutting trees and digging in the ground, we do it in order to improve the environment and to support a healthy forest with a good amount of biodiversity. Our hopes are that the Abbey forest serves as a green belt for wildlife and a firebreak for the area. With the reality of climate change, we are paying extra attention so that the trees and habitat will be healthy and strong enough to survive.

Also, we remove noxious weeds to encourage the return of natural grasses to our meadows. We provide safe habitats for animals by creating a “no hunting” zone in Abbey lands, and we have replaced barbed wire throughout the property with wildlife-friendly fencing.

In addition, we do many daily things to care for our land and the environment such as:

There is an interdependent relationship between our afflictions, negative emotions, and how we relate to our environment in order to gain wealth and satisfy our senses, we pollute the environment, the earth, water and air.

We can do everything in our power to heal the earth, starting with ourselves, reducing our own afflictions and being satisfied with what we have. Also, aspirational prayers and meditation helps to stir our awareness in this direction. Prayers are not just blind faith! They give our mind very positive imprints and direct our energy and actions to specific goals.

Also we need to learn about ecology and train ourselves to come to an understanding how to stop global warming. Many environmental advocates or organizations can provide excellent information on ecology and environmental engagement.

I would like to end with an aspirational prayer by Thrangu Rinpoche, a renowned Kagyu teacher and the personal tutor of HH the 17th Karmapa.

May the blessings of the exalted sources of refuge,
The Buddha, his teachings and community: the Three Precious Jewels,
And the spiritual teacher, meditational deities and protectors of the Buddhist teachings: the Three Roots,
Fully pacify the terrors of illness, famine and war,
Along with chaotic disturbances of the four elements—
The imminent and terrifying danger that the whole world will become a great wasteland,
As temperature imbalance causes the solid glaciers of snow mountain massifs to melt and contract,
Afflicting rivers and lakes, so that primeval forests and beautiful trees near their deaths!

May the sublime endowments of good fortune and spiritual and temporal
well-being flourish,
And may all beings nurture one another lovingly and kindly,
So that their joy may fully blossom!
May all their aims be fulfilled, in accordance with the sacred teachings!

Here are some links for further exploration.