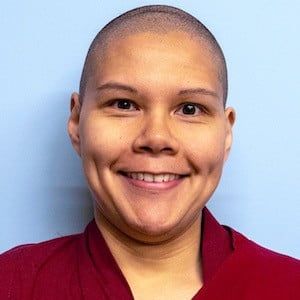 Venerable Thubten Kunga grew up bi-culturally as  the daughter of a Filipino immigrant in Alexandria, Virginia, just outside Washington, DC.

She received a BA in Sociology from the University of Virginia and an MA from George Mason University in Public Administration before working for the U.S. State Department’s Bureau of Refugees, Population, and Migration for seven years. She also worked in a psychologist’s office and a community-building non-profit organization.

Venerable Kunga met Buddhism in college during an anthropology course and knew it was the path she had been looking for, but did not begin seriously practicing until 2014. She was affiliated with the Insight Meditation Community of Washington and the Guyhasamaja FPMT center in Fairfax, VA.

Realizing that the peace of mind experienced in meditation was the true happiness she was looking for, she traveled to Nepal in 2016 to teach English and took refuge at Kopan Monastery.

Shortly thereafter she attended the Exploring Monastic Life retreat at the Abbey and felt she had found a new home, returning a few months later to stay as a long-term guest, followed by anagarika (trainee) ordination in July 2017 and novice ordination in May 2019. See her ordination photos here. 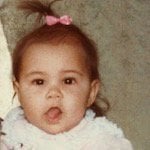 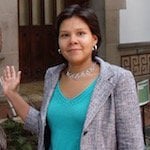 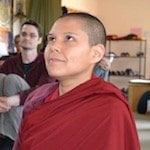