Confirmation in the Family Circle 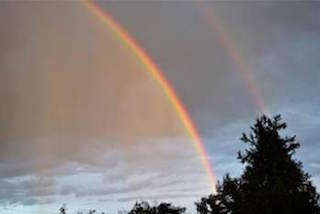 Claire Lewis is a local Dharma friend from Sandpoint who makes her way to Sharing the Dharma Day and an occasional weekend retreat. She sent this note about another form of Abbey connection.

Dear Abbey and all,

My mother-in-law is 97, and she subscribes to several magazines. When she is finished with them, I pick them up and distribute them to others. Now, my son, Jay, has been in jail since July 31, 2009 for his 3rd DUI. I went to visit him today, and it is usually a little wait so I just grabbed one of those magazines that I happened to have in my car. It was the August issue of “Family Circle,” and I opened it to an article by Robin Westen titled, “Chill Factor.”

She is talking about anger, which I have had to work with lately because of Jay’s problems. In the article she quotes Venerable Chodron a few times from Working with Anger. I couldn’t believe what I was seeing sitting in that jail waiting room. I reread the article several times and I felt so protected, so taken care of. I have Working with Anger, and it has helped me a lot, but what a confirmation.

A special thank you to Venerable Chodron.

Many blessings to all.