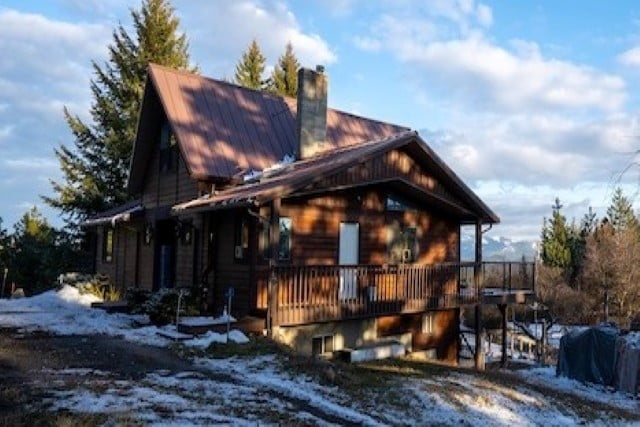 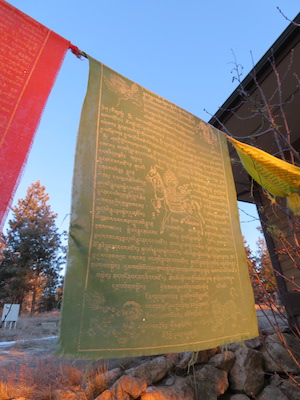 Like many of you, we were happy to see the new U.S. administration sworn in peacefully, and like all of you, we were dismayed with the January 6 attempt to overturn the vote of the American people.

The tumult has offered a good opportunity to do the equanimity meditation, seeing that friends, enemies, and strangers are all living beings who are fundamentally the same: all of us want happiness and not suffering. In that way we avoid making people into rigid stereotypes that we put in mental boxes and think we know everything about them.

In fact, all of us suffer from ignorance, anger, and clinging attachment, and all of us have the Buddha nature. So let’s generate compassion, wanting everyone to be free from suffering.

Our winter retreat continues quietly, and there’s much internal work going on. See photos of Abbey retreat life and a cute gallery of Dharma pets here.

The Abbey’s distance learning program, Sravasti Abbey Friends Education (SAFE) has been going for 10 years and is meeting people’s need to learn the Dharma from home. SAFE includes 11 modules that guide students through teachings on the graduated path. We receive a lot of good feedback from it.

Recently a participant in the first module wrote, “I’m forever grateful for the teachings, wisdom and guidance of Ven. Chodron and the entire Sravasti Abbey community. I’m also thankful to be part of such a wonderful, enthusiastic and giving group of students in this SAFE course who are eager to learn and share each week.”

The next round of courses begins April 12, 2021. Registration begins March 12th. Find more info about the program here.

The SAFE program now includes the opportunity for people who have completed SAFE Course 9 to facilitate a SAFE course the following term. When SAFE 9 graduates first hear of this next step, their reactions almost universally include: “I am not ready for this! I don’t know the Dharma well enough. I am concerned that I might make mistakes.”

In response, Ven. Damcho and Ven. Samten recently met with the 2020 lay facilitators, along with the new facilitators for 2021. The experienced facilitators shared their initial concerns and fears, then reported how these were very quickly transformed. The weekly interactions of reading forum posts, responding to the weekly reflections, and celebrating the growth and sincere efforts of the people in their class gave them enthusiasm and confidence in their facilitator roles. Each facilitator spoke about the unexpected and positive rewards of facilitating a SAFE course and how it had a dramatic impact on deepening their Dharma practice. When it’s your turn, we invite you to join in!

We held our annual New Year’s Vajrasattva Retreat over Vimeo Livestream and Zoom this year. Almost 280 people signed up for it, and over 200 people attended the early morning guided meditations led by monastics!

Ven. Chodron spoke in the morning, going into depth on the psychology of the four opponent powers for purification: regret, restoring the relationship, remedial action, and determination to avoid the action in the future.

Ven. Chodron spent a while on the topic of regret, guilt, and shame and how to differentiate them in our experience. Regretting our negativities is virtuous, while guilt and shame are based on misconceptions and are detrimental to spiritual practice. Watch this specific talk here.

Participants really took the teachings to heart. In the daily Zoom discussion groups, they spoke openly and supported one another. The retreat was a welcome break to Covid exhaustion for many, as people shared and connected deeply, even though it was online.

Ven. Chodron gave refuge and precepts—again online—one evening. This ceremony was requested by many of the Singaporean students, and some Americans also joined in. There was a very warm and loving atmosphere when together this international group turned to the Three Jewels for spiritual guidance and sincerely decided to live by the lay precepts. Photos are here.

To bring in the new year with wisdom, Ven. Faxun in Singapore chanted the Mangala Sutta, the Buddha’s discourse on blessings, in Chinese, followed by Ayya Upekkha and the nuns of Newbury Buddhist Monastery in Australia who chanted the same sutta in Pali. Ven. Damcho opened and closed the session with chants from the Chinese tradition that the Abbey community has translated into English.

In between chants, Ven. Faxun gave a short talk on how to make new year aspirations and invited the nuns to briefly share their reflections on the outgoing year and their aspirations for the new one.

More than 70 participants from Singapore, Malaysia, and Australia rejoiced in the opportunity to connect with the nuns and cultivate our shared aspirations to use the Dharma to lead meaningful lives, no matter what circumstances arise.

We are pleased to announce the release of Climate Emergency: Feedback Loops, a series of five short films featuring 12 world-renowned climate scientists. Narrated by Richard Gere, the films explain a little-known phenomenon at play in the irrefutable warming of the earth.

The films are freely available for viewing now and are subtitled in 20 languages. Watch them at Climate Emergency: Feedback Loops.

Dr. Dyron Daughrity from Pepperdine University interviewed Ven. Chodron for a book he’s doing on world religions and asked her to talk to his world religions class as well. The students were bright and curious and stayed focused on her talk and the Q&A that followed. Ven. Chodron very much enjoys speaking to college students and other young adults and watching their minds start to think when they hear new ideas.

Sumi Loundon Kim, the Buddhist chaplain at Yale, invited Ven. Chodron to talk to the Yale Buddhist Sangha on “Courageous Compassion.” Here, too, the students asked thoughtful questions about how to develop and practice compassion in their lives. One student asked about competition—we can only imagine the kind of pressure these students have to excel. Hopefully that pressure was assuaged a bit when Ven. Chodron recommended releasing the competitive mind and instead cultivating a mind of kindness and compassion, which will bring more internal satisfaction, better relationships, and more opportunity to benefit the world.

Retreat from Afar and Winter Teachings

While the community meditates together at the Abbey, over 400 people have joined the Green Tara Retreat from Afar (RFA), including at least 150 meditators in prison. People signed up for RFA receive a weekly lamrim teaching transcribed from Ven. Chodron’s video course on Mind Training Like the Rays of the Sun to support their study. It’s not too late to sign up. Go here for information.

In addition, Green Tara practitioners (and everyone else) are invited to join the lay-led practice group on Zoom. It meets daily at 6:30 a.m. Mountain Time to do the morning preliminary practices and share in a led Green Tara practice with lamrim meditation. The group also has an evening schedule, and folks are welcome to drop in as they can. An Abbey monastic leads the practice on Saturday mornings. Write to Kathy for the Zoom link.

Nearly 100 people made prayer requests for the January Medicine Buddha puja, and over 60 people joined in. Ven. Samten led the puja over Zoom, and several participants accepted her invitation to speak at the end. It was a beautiful sharing of compassion with kind-hearted folks from all over the world. Afterward, one person wrote, “Thank you so much. I feel calmer and more hopeful.” The next Medicine Buddha puja is February 21. You must register in advance to get the Zoom link. Sign up here.

After a few weeks absence as she recovered from hip surgery, Ven. Chodron has returned to give the Thursday morning teachings on Shantideva’s Engaging in the Bodhisattva’s Deeds and the Friday night course on The Foundation of Buddhist Practice. See info below. In addition, Vens. Sangye Khadro and Tsepal continue to teach for the Arabic group.

As you know, the Sravasti Abbey website is filled with information and has been instrumental in so many people making contact with the Abbey. The person who has served as webmaster since the Abbey’s founding in 2003 is Tanya Lasuk. Tanya has been a key volunteer for our prison Dharma outreach program as well. After keeping the website in tip-top shape and sending books and letters to incarcerated people for so many years, Tanya is stepping away to pursue other interests, including social justice causes. We are grateful for her generosity and years of service and wish her well in all her endeavors.