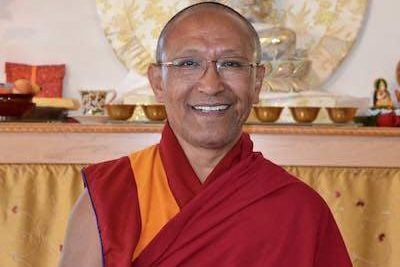 Geshe Dadul’s course has been postponed to an undetermined future date.

Geshe Dadul Namgyal is a prominent Tibetan Buddhist scholar. He holds a Geshe Lharampa degree (doctorate) in Buddhism and Philosophy from the Drepung Monastic University and a Master’s degree in English Literature from Panjab University in India.

Geshe-la is an author, professor, translator, and has served as auxiliary interpreter for His Holiness and Dalai Lama. He is now involved with Drepung Loseling Monastery-Emory University partnership where he is preparing a six-year curriculum in Modern Science for Tibetan monasteries and nunneries. Read his full biography.