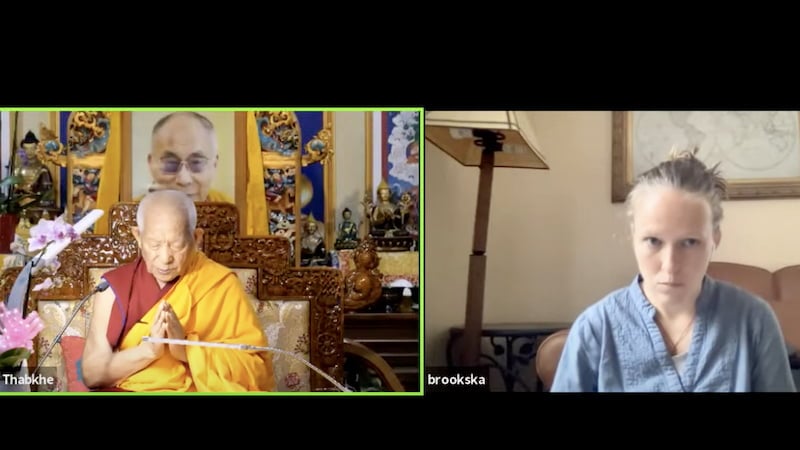 All Abbey programs are offered freely, and your gifts are welcomed. To designate offerings specifically for Geshe Thabkhe and/or Katrina Brooks, go to the Donate page, select <Where it’s needed most>  from the dropdown menu, make your offering, and tell is in the Comments box how you want your gift to be assigned.

Download (updated) PDF of recitations before and after teaching.