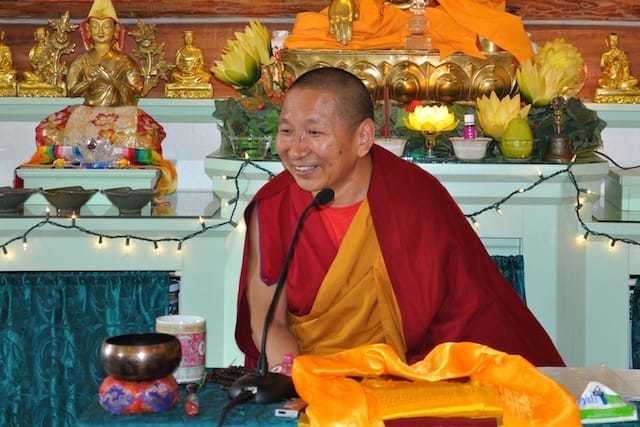 Illumination of the Thought, Je Tsongkhapa’s commentary on

Chandrakirti’s Supplement to the Middle Way 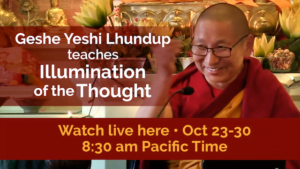 We’re happy to welcome Geshe Yeshi Lhundup to continue his teaching on Je Tsongkhapa’s Illumination of the Thought, Chandrakirti’s Supplement to the Middle Way.

Chandrakirti’s Supplement to the Middle Way is prized in Tibetan Buddhism as a supreme explanation of the Middle Way philosophy, considered the highest—that is, the most subtle—understanding of Buddha’s teachings. Written in the 7th Century, it is an introduction to the Middle Way teachings of Nagarjuna, who illuminated the Prajnaparamita Sutras and promoted the Buddha’s teachings on the bodhisattva path to Buddhahood. Je Tsongkhapa’s commentary is prized in the Gelugpa tradition for its brilliant clarification of key points in the Prasangika view.

Prepare for the course by watching Geshe-la’s initial teachings on this text in 2019 and 2020.

All Abbey Dharma courses are offered freely, and we welcome your contributions. You can make offerings any time here.

If you will join remotely, complete the registration form for the online event.

As of August 23, the Abbey is once again closed to in-person guest visits until further notice. This is in response to the surge of Covid Delta variant infections and Washington’s statewide efforts to control the spread. Please join us online for this retreat.

Check back for detailed schedule. Geshe la will teach daily from India, 8:30 to 10:30 a.m. Pacific Time