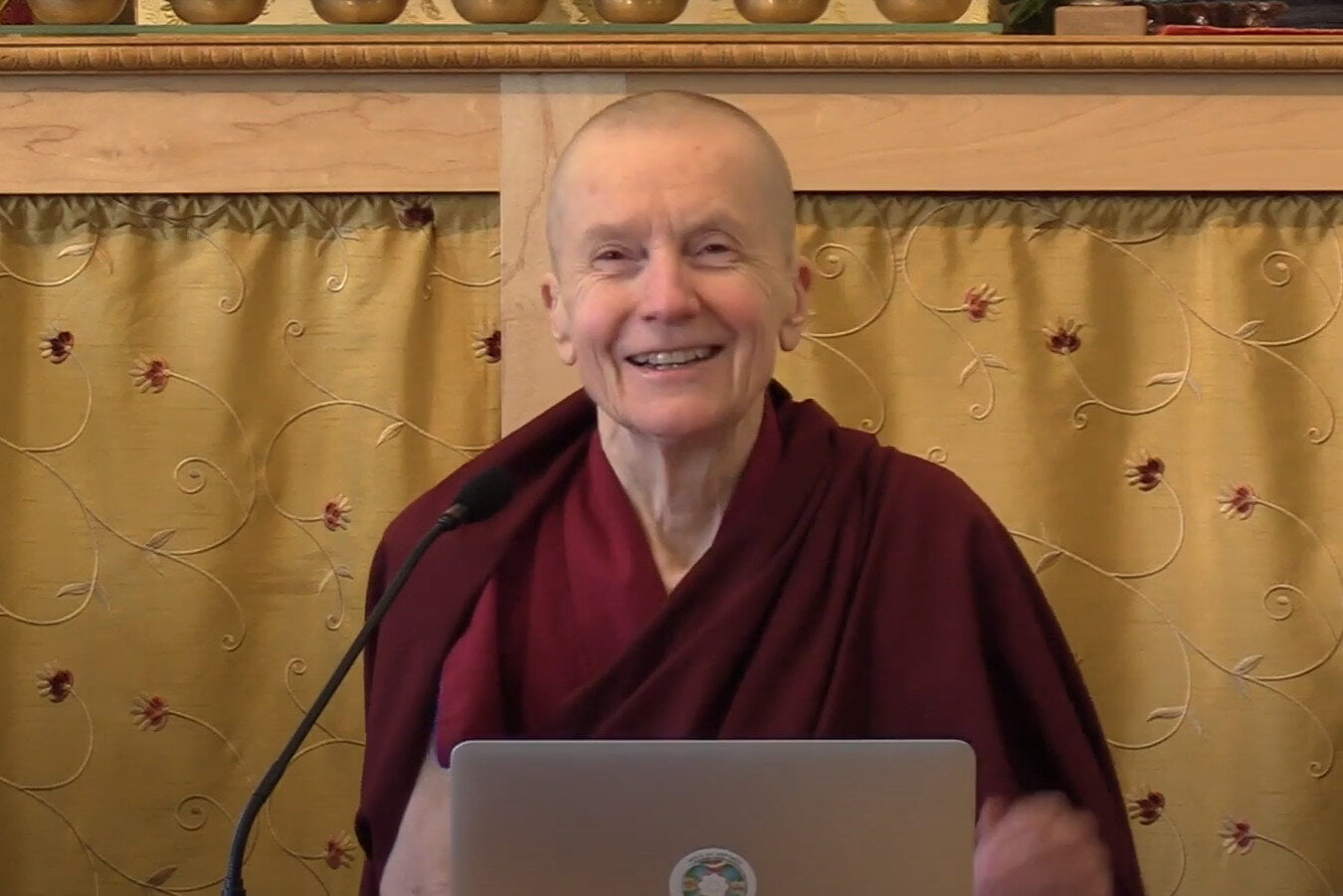 Vénérable Sangye Khadro will explain and guide us into developing the bodhicitta mind that is solely and unwaveringly dedicated to others. She will rely on methods explained in A Fearless Heart, a book by Geshe Thupten Jinpa Langri, His Holiness the Dalai Lama’s main translator.

We will explore attention to the present moment, develop kindness towards ourselves and others, adopt a nonjudgmental attitude, and become aware of our usual attitude.

Register for this Zoom event with Centre Kalachakra.

California-born, Ven. Sangye Khadro ordained as a Buddhist nun at Kopan Monastery  in 1974, and took the full (bhikshuni) ordination in 1988. She has studied Buddhism with many great masters including  Lama Zopa Rinpoche, Lama Yeshe, His Holiness the Dalai Lama, Geshe Ngawang Dhargyey, and Khensur Jampa Tegchok. She began teaching in 1979 and was a resident teacher at Amitabha Buddhist Centre in Singapore for 11 years. She followed the Masters Program at  Lama Tsong Khapa Institute in Italy from 2008 – 2013, and since then teaches all around the world.

Ven. Sangye Khadro has authored several books, including the best-selling, How to Meditate, now in its 17th printing, which has been translated into thirteen languages.