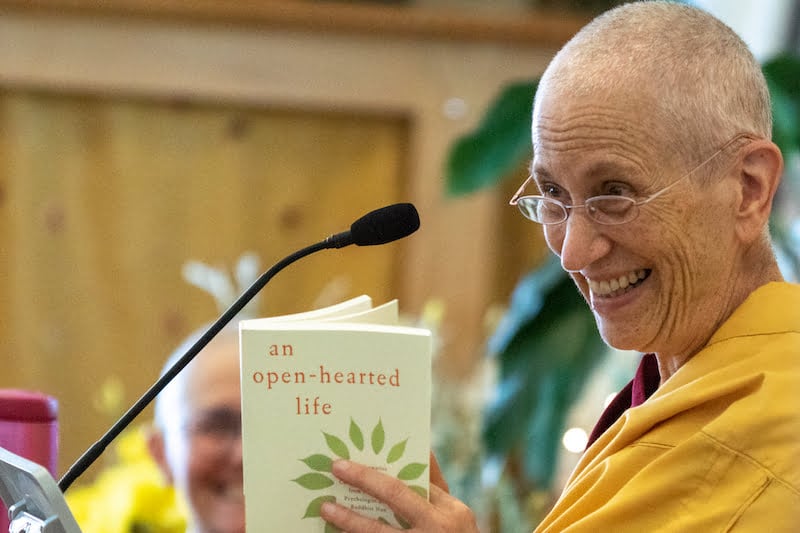 Sharing the Dharma Day
with the Sravasti Abbey Community

One Sunday a month, Sravasti Abbey offers Sharing the Dharma Day, an opportunity for newcomers and old friends to explore the Buddha’s teachings and share in community fellowship. Our online version includes afternoon discussion groups over Zoom. If you are fully vaccinated and boosted, please join us in person. Your nutritious vegetarian potluck offering is welcomed, and registration is required.

People from all faiths and backgrounds can apply the principles explored on Sharing the Dharma Day to enhance their lives.

Check back to register to join in person and online

Venerable Chodron teaches worldwide and is known for her warm, practical, and humorous explanations of how to apply Buddhist teachings in daily life. She is also involved in prison outreach and interfaith dialogue. She has published many books on Buddhist philosophy and meditation, and is currently assisting His Holiness the Dalai Lama in the writing and publication of The Library of Wisdom and Compassion, a multi-volume series of teachings on the Buddhist path.