Zoom: How to Hold Steady When Our Buttons Get Pushed 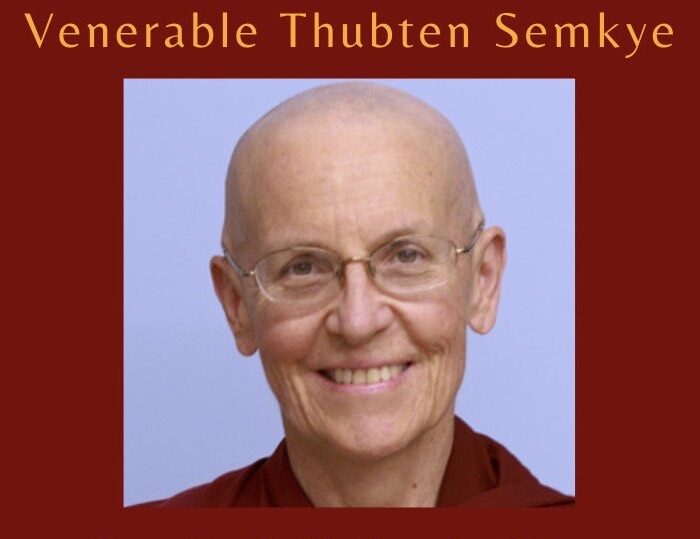 How to Hold Steady When Our Buttons Get Pushed

Believe it or not, whenever our “buttons” get pushed,  it is our anger and defensiveness as well as old habits of thinking that are the problem, not what others say or do.

Venerable Thubten Semkye shares the Buddha’s wise and practical advice on how to turn our attention to those buttons of reactivity within ourselves rather than blaming others for our pain.

Ven. Thubten Semkye was the Abbey’s first lay resident and second nun to ordain at the new monastery. She met Venerable Chodron at the Dharma Friendship Foundation in Seattle in 1996 and took her novice ordination with her teacher in 2007. In 2010 she received bhikshuni ordination at Miao Fa Chan Temple in Taiwan. See photos.

Ven. Semkye draws on her extensive experience in landscaping and horticulture to manage the Abbey’s forests and gardens. She also shares Buddha’s teachings at the Abbey, online, and at Buddhist centers in the US. She has co-taught meditation at the Unitarian Universalist Church of Spokane for 13 years.