Guest Nuns from Taiwan and Vietnam 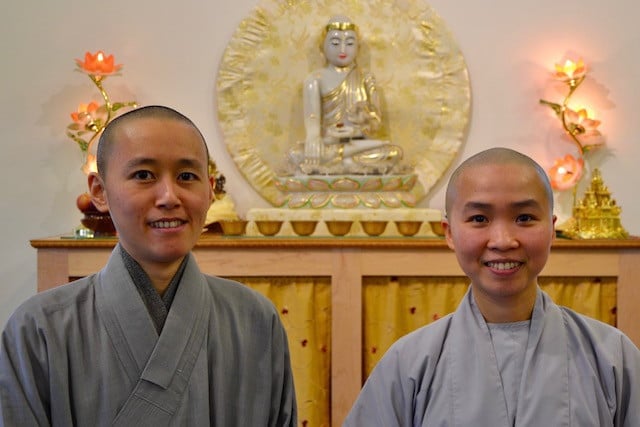 The Abbey was pleased to welcome two guest nuns who stayed with us for a few months: Venerable Hanh Thuc, ordained in the Vietnamese tradition, and Venerable Change Feng from Taiwan, who practices in the Chinese Chan tradition. For both nuns, visiting the Abbey is their first extended stay outside of their monasteries.

Ven. Hanh Thuc is originally from Vietnam and moved to the Huong Lam Temple in Houston in 2012 to help with outreach to the Vietnamese immigrant community. She lives with about 15 other nuns, most of whom are in their 40’s and 50’s. Ven. Thuc is in her 30s.

Since moving to the United States, Ven. Thuc had wanted to visit another nunnery but had a hard time locating one before coming across the Sravasti Abbey website. “I think I planted seeds in a former life that are now ripening in a connection with the Abbey community,” she laughed.

Ven. Thuc entered a nunnery in Vietnam at the age of five in order to recover from an illness. When her parents came to retrieve her, she refused to leave and has lived at a nunnery ever since. She fully ordained at 22 years old in 2010 with the hopes of studying the Dharma on a deeper level. “Access to formal teachings isn’t available to those who aren’t fully ordained,” she said.

Ven. Chang Feng is visiting from the Dharma Drum Mountain monastery in New Taipei City, Taiwan, which is home to about 280 monastics.

Ven. Chang Feng met Ven. Chodron in late 2018 at a talk Ven. Chodron gave in Taiwan at Nung Chan Monastery, the original location of Dharma Drum Mountain. She admired Ven. Chodron’s efforts to secure full ordination for nuns in the Tibetan tradition and wanted to visit the Abbey to see how Buddhism and the sangha are being established in the West. “I also wanted to freshen up my practice and restore my beginners mind,” she added.

Ven. Chang Feng entered monastic training in 2007 and received full ordination in 2010. “The idea of a life focused on material gain did not seem satisfying,” she replied when asked why she became a nun. “At a meditation course I first heard this teaching from my teacher, Master Sheng-Yen, and learned about the possibility of awakening. I decided that becoming a nun was the best way to find out the truth about life and death.”

At her own monastery, Ven. Chang Feng is involved with many programs for lay people, including meditation retreats, Dharma courses, chanting ceremonies, and camps for young people. At the Abbey, she really appreciates the time devoted for sitting meditation each day and the chance for more study. “There is a good balance between personal practice time and offering service at the Abbey,” she said. Ven. Chang Feng also likes how all the community members share their personal views through the daily motivations and meditations they lead.

Ven. Thuc enjoys the monastic rituals at the Abbey and was pleasantly surprised that we do such a complete version of the posadha rite—the bi-monthly monastic practice to purify and restore monastic precepts. She enjoys the lamrim meditations from the Tibetan tradition and also likes the monthly Sharing the Dharma Day events, remarking that “There is such open sharing between monastics and the lay guests that isn’t typical in Asian Buddhist countries.”

“I see the various Buddhist traditions like different vehicles all heading towards the same destination,” said Ven. Thuc, “and the different practices make Buddhism livelier and more colorful.”

Likewise, Ven. Chang Feng compared the various traditions to “entering a building from different doors but arriving at the same place.” She added, “Finding that we all have the same spirit—like generating bodhicitta, purifying our minds through meditation, and spreading the right view of Buddhadharma — increases my faith and connection to the Buddha.”

While our guest nuns learned much from their time Abbey. the Abbey community learned much from them as well. Their demeanor, comportment, and cheerful attitudes toward service are marks of their training and inspired us all. They gave several wonderful Bodhisattva Breakfast Corner talks, which you can see below.

The Abbey hopes that this kind of inter-tradition exchange will continue as our connections spread across the world. As 21stCentury Buddhists, we recognize the need for all practitioners to come together in the spirit of harmony, compassion and wisdom so that the Buddha’s teachings will spread and long endure for the benefit of all sentient beings. 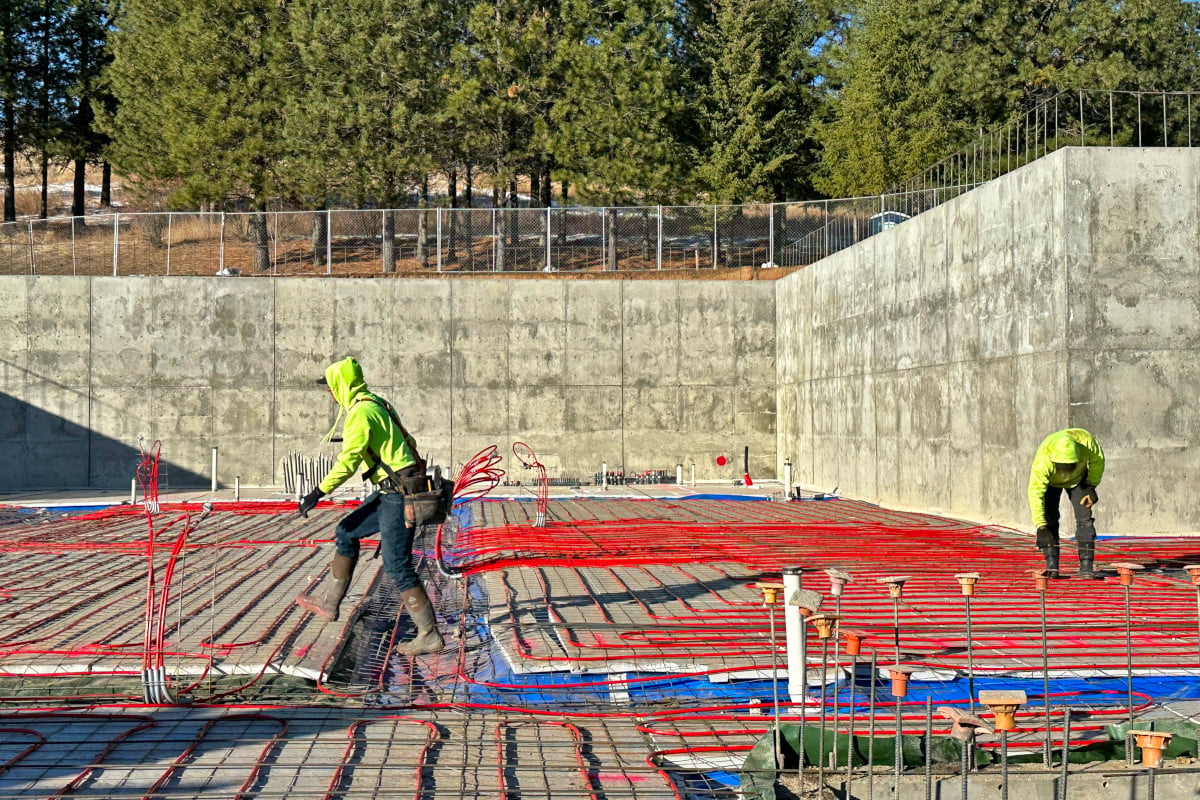