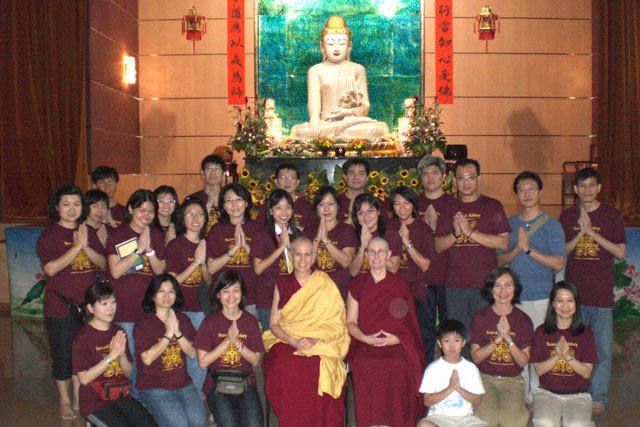 I was in Singapore by the kind invitation of Friends of Sravasti Abbey Singapore (FOSAS) to accompany Venerable Chodron for her annual teaching trip. 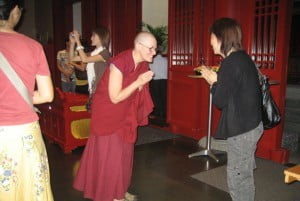 The Singaporeans have given so much to support Sravasti Abbey that it was high time they got to meet one of the people who benefit from their generosity. As FOSAS President Choon Fah joked, I was “Specimen A,” an example of the monastic community they had sponsored to take root in the U.S.

Ven. Chodron’s connection with Singapore is deep. She was one of the early resident teachers of Singapore’s Amitabha Buddhist Centre in the 1980s. In addition to her duties at the center, she was faithfully committed to sharing the Dharma every Saturday with a group of eager students from the polytechnic institutes and universities.

They have not forgotten their teacher’s kindness. Now successful professionals with growing families, they established FOSAS and regularly bring Ven. Chodron back to teach in some of Singapore’s many temples and Buddhist centers. 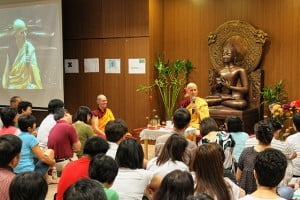 Ven. Chodron speaks to the crowd at Buddhist Fellowship

In the first ten days of our visit she spoke at Buddhist Library, Buddhist Fellowship, the Palelai Temple, and at National University of Singapore in addition to giving four nights of teachings and a one-day retreat at the Taipei Buddhist Centre. She returns in early May for a series of talks at the city’s largest temple, Phor Kark See.

The FOSAS volunteers coordinate everything for the teachings-booking, publicity, handouts for participants, and many creative opportunities for people to generate merit by making offerings to support Sravasti Abbey. This year the FOSAS goal is to raise US$50,000 to sponsor the library and thus help complete Gotami House. 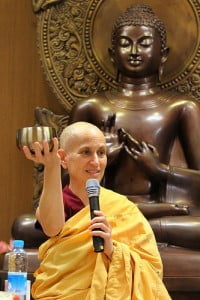 To hear the teachings deeply, we should be as receptive as an upturned pot.

All the volunteers-whether they were long-time Dharma students or new ones-had an uncanny ability to sense and anticipate our needs. We lacked for nothing, and I saw that same genuine concern extended to everyone, not just the “special guests.”

I observed Singaporean generosity in large ways and in small actions. At every temple I visited-whether going for Ven. Chodron’s teachings or visiting as a tourist-people made offerings as a manifestation of the appreciation they have for the sangha. It wasn’t personal-they didn’t know me at all. They were expressing their gratitude for those who have “gone forth from home life into the homeless life” of a monastic and thus generating merit.

Their offerings generated within me a strong determination to repay their trust and kindness by keeping my precepts and practicing the Dharma to become a Buddha as quickly as possible.

One Abbey friend took Ven. Chodron and me on a tour of a beautiful new temple he is building specifically to inspire young people to embrace the Dharma. We saw many examples of engaged Buddhism as we toured the Tzu Chi Foundation offices in Singapore and learned how their large-scale international relief work began with the compassionate determination of a single Taiwanese nun. 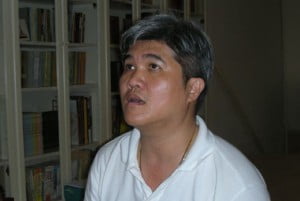 We learned of healing clinics, programs for the elderly, and care for the poor at several Singapore temples and Dharma centers. Ven. Chodron often teaches that one person enthused by compassion and supported by ethical conduct, can make a huge difference in the world. The programs we saw in Singapore illustrate this and inspired me.

I hope every Abbey monastic will eventually be able to go and experience this kind of “live” monastic education. I aspire to become as attentive and caring as these Singapore friends, and I hope I can learn to share with others as generously as they do. 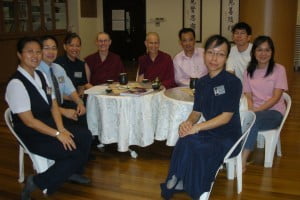 Learning about the disaster relief work of the Tzu Chi Foundation.

To the Friends of Sravasti Abbey Singapore and especially to its leaders-Choon Fah, Jessie, Lawrence, Lay-Ling, Seow Hong, Leng Poh and to Purblind Marketing’s Sherin and Hwee Seng- thank you for giving this American Buddhist nun profound teachings on generosity and kindness, on how to serve the spiritual mentor, and on the responsibility of the sangha to embody the Buddha’s teachings.

May the lessons I take away from nearly two weeks in Singapore be of benefit to everyone at Sravasti Abbey and to all sentient beings! 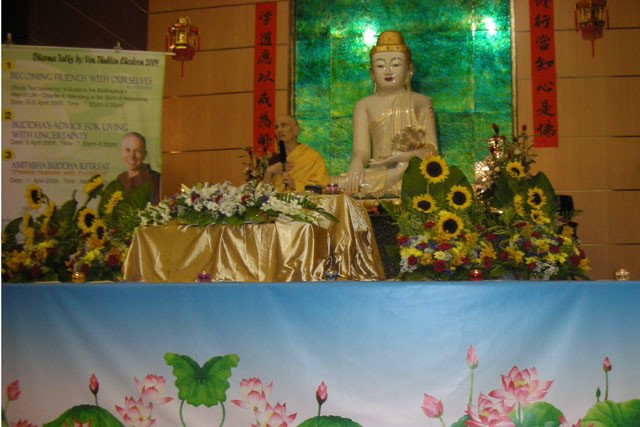 Pureland Marketing and FOSAS create a beautiful environment for teachings. 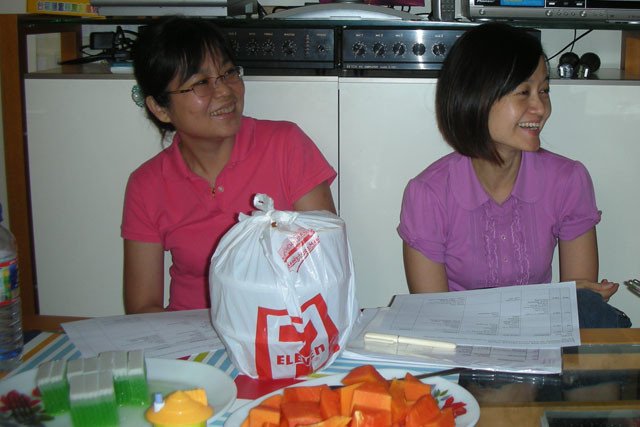 This was the first of many delicious and abundant meals offered to the monastic guests. Seow Hong and Lay-Ling joyfully finalize details of Venerable Chodron’s schedule. 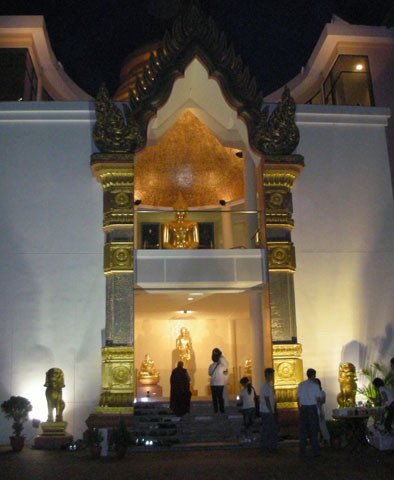 The golden Buddhas emanating from Paella Buddhist Temple are breathtaking. 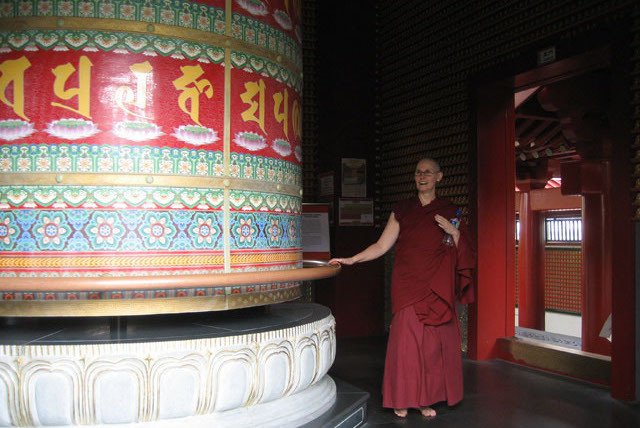 Ven. Chonyi tours the temples of Singapore. This prayer wheel is housed amidst orchid gardens on the roof of the Buddha Tooth Relic Temple.