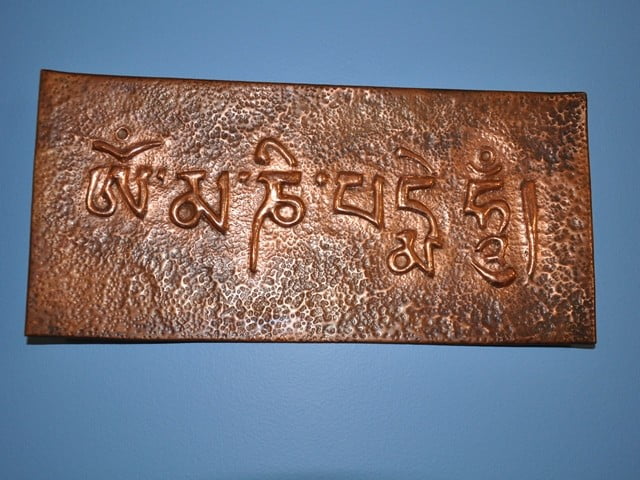 Ulric Lequest is a 23-year-old student in anthropology who attended the Buddhist Practice and Community Living program for young adults at the Abbey in June, 2006. Just after that, he went to Brazil to do research on creating functioning and empowering communities. About two months later, he wrote this letter to Venerable and the Abbey residents to share the effects of his stay at the Abbey:

This letter is an appeal for you to please dedicate your prayers for a few people I’ve come into contact with here in Brazil. But before I talk about these people I want to tell a few stories. These are the ponderings of just one Buddhist, anthropologist, and activist, and describe how all three parts have come together in my practice.

In this lifetime, I think that I have never grown as much spiritually, emotionally, politically, and intellectually as I have in the last two months here in Porto Alegre, Brazil. Dharma and suffering have finally become a stark reality for me. Even though Porto Alegre is one of the richest cities in Brazil, the amount of suffering present here because of lack of material support is enormous. But the amount of dana and metta in the hearts of these people can be just as enormous.

Today I came across a woman pushing a cart filled with cardboard, dirty clothes, etc., with a child about two or three years old. She asked me for money so that she could cook arroz e fejuão (beans and rice) to feed her family. Usually, I can go through all the six levels of samsara, depending on my moods, and my ever-fickle, occasionally deva-like mind (too proud and too surrounded by pleasure to really notice samsara), or asura-like mind (too busy competing with others to attract sexual partners, to get to the top of academia by doing good thesis work, competing with myself and others), or human-like mind (too busy wondering whether the beggar is going to use the money in any useful way), etc. The worst part is that I am in constant control of these moods, because I have the means and methods to subdue them, yet often I choose not too. The Abbey has taught me clearly how much I am in control… and I am.

Many people are less in control, either due to structural violence (the term used in social science to refer to people who are at the bottom of the hierarchy and are unable, for societal reasons, to get what we in Buddhism call the four requisites) or due to ignorance. In Brazil, 80% of the country’s wealth is in the hands of 10% of the population. Many people have no control over their lives. Those who are slightly better off and might be able to choose, do not because they don’t know how. In Porto Alegre there is a strong movement to empower individuals through neighborhood associations, participatory budgeting and economics (the people get to choose how to spend the city’s money), etc. Many families have obtained homes this way. Yet you have to have time to go to the meetings, you have to know people working in the neighborhood associations, and so on. It is difficult indeed.

Anyway, to return to this woman, I gave her 35 Brazilian cents, which is the equivalent of 17 US cents. She smiled and said, “God bless you” (in a sincere tone). I smiled and walked away. But then I thought: she is a human being with a life, this interaction should be meaningful to her; that’s what Shantideva aspired to. So I turned and asked her to tell me about herself. I asked her where she lived, if her kid went to school, etc. She told me that indeed her older daughter is in high school… and she lives in Chocolatão. I didn’t need to ask her more, because I know about this village located in the city itself. This village is made out of cardboard. Sometimes (actually frequently) the whole village catches fire due to being made of cardboard, and the residents lose the little they already have.

It was in talking to her that I realized what I needed to do, and what everyone here who has the means should do. I quickly told her that my home was nearby and that I had strawberries and grapes that were on the verge of going bad. I asked her if she wanted them.

She smiled and said, “Yes,” and asked me to also think if there were any clothes that I don’t use anymore. Unfortunately, I didn’t have any of those; as I am living out of a suitcase, I use them all. Anyway, I ran home, feeling light all of the sudden, got the food, and added cheese and two cans of soda (I had a 12-pack, what did I need that for?). I also had a doll that could close its eyes and say, “Mama.” I originally bought it as a gift for my cousin, but that family is better off, and I thought the woman’s little daughter could use it. Who cares whether the mother chooses to sell it or do something else with it, I had to tell the human doubtful mind, if that’s what the family needs to survive? So as I went home I dedicated whatever merit I received from offering to that family, and aspired that they someday become either my disciples if I one day become enlightened, or if I am not qualified yet, that they become my teachers’ disciples (so please wait for them, Alex and Venerable). I ask that you dedicate your practices to this family the next time you dedicate merit, and pray that the benefit spreads to all the others in a similar situation.

Now, about violence. Everyone who lives here knows that this is a city where people live in fear of violence. Some of it is imaginary and some of it is real. One night, I was going to go to a club with some friends; we were supposed to meet there. Yet two of them never showed up. I got really worried, but had to wait until the next day to find out what happened. Indeed, they couldn’t come because their entire bus was assaulted by robbers with weapons and all of their money stolen. The assailants stole the material wealth of all the various individuals on the entire bus. I found out this happens quite often and sometimes people are killed.

Now, how do I survive in this city catching the bus, as I sometimes go to unsafe neighborhoods for my fieldwork and carry expensive equipment to tape record the interviews? Sometimes I even have a laptop on me. So, out of fear, I started a Tara mantra practice every time I feel unsafe. At first it was simply the mantra… no dedications, no nothing. Eventually, my practice began to transform. I imagined all busses becoming safe transport for all sentient beings needing safe transport. Then, I started imagining that these busses were headed to the Pure Land and that I was becoming the bus for these sentient beings. Slowly my practice became an important thing, and I do this visualization many times… being on the bus equals practice time. And now, I even try to visualize that whatever thieves there are meet the conditions necessary for them to stop stealing. This is amazing for someone who never managed to develop regular discipline to meditate despite the fact that I have been frequenting Dharma centers for seven years and nearly grew up as a Dharma brat. My practice has been primarily in action. Perhaps it is not enough for enlightenment, but it’s enough to start. So here too, I request that you dedicate to all thieves who steal and to all of their victims. May society transform in a way conducive to spiritual practice.

Another practice I developed is chanting Om Mani Padme Hum and imagining the same thing, every time I have time to contemplate any sentient being’s suffering, whether they are beggars, pigeons on the street, street dogs, etc. It’s a weaker practice that I forget to do sometimes, but I work on it. Once I managed to visualize all these pigeons becoming monks and nuns at Sravasti Abbey. Thank you, Chenrezig! Please help those pigeons reach that goal by dedicating your practice.

Now a story about local manifestations of dana economy. In trying to teach kids about citizenship, rights, and responsibilities, some community associations began opening day care centers for children between the ages of 6-12. Kids here only have school half of the day, so the other half they go to these day care centers, especially the poorer kids most at risk of dropping out, entering gangs, selling drugs, and so forth. At these centers, they teach about discrimination, about participatory democracy in which consensus is reached between the kids, etc. They try to teach rules, but also teach freedom (as it was explained to me, some families offer too much of one and not the other, so they have to teach both). One community association started out in an abandoned building that was falling apart. Everything there came from the community (already poor in the first place): tables, chairs, toys, electric wires, pipes, paint, etc. Often all these things would be stolen the night they were donated, yet the community persisted. Now, it is a thriving day care center. The role of the adult teachers reminds me of the role of monastics, to teach and provide opportunities for growth. The role of the community reminds me of the role of lay followers who provide with the four requisites. The Abbey’s values live on in many communities regardless of religion, faith, or political creed. I wanted to share this story as inspiration. Furthermore, I ask that you dedicate to all of these projects that teach these values and that work with these values… may they bring happiness to all beings.