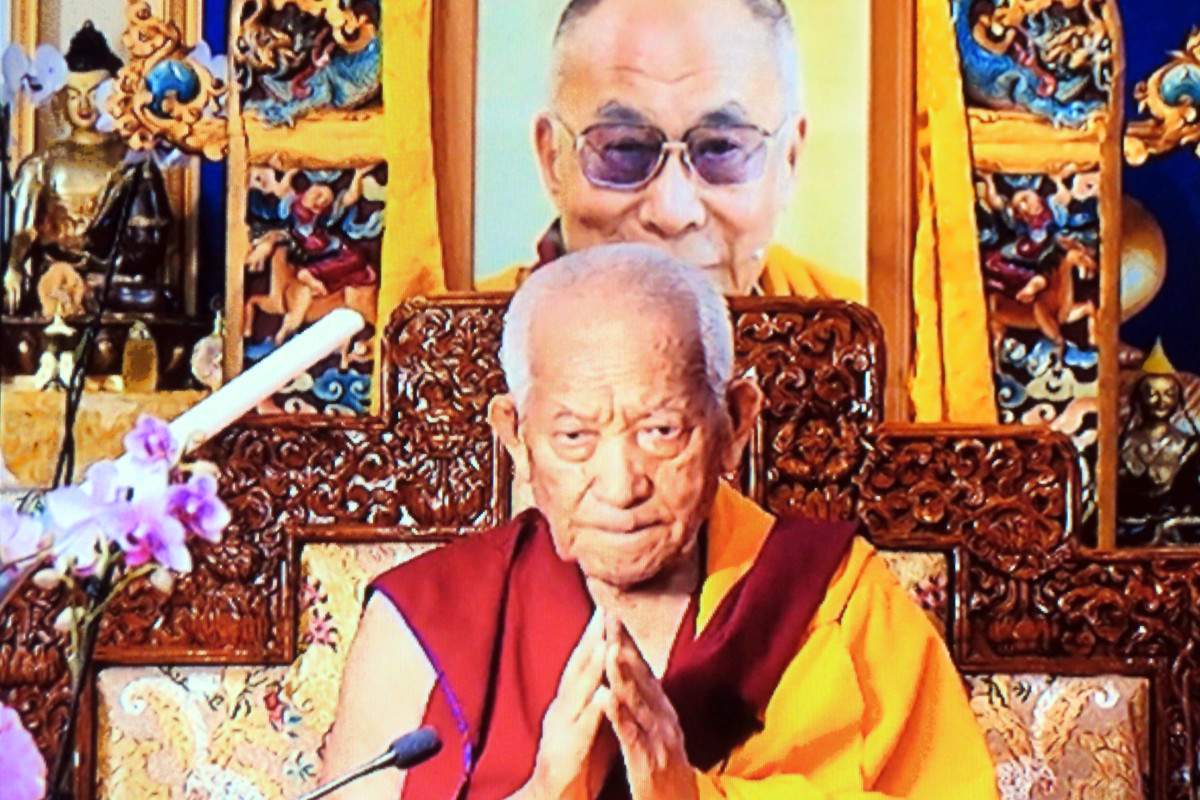 Eminent scholar Geshe Yeshe Thabkhe teaches from his commentary, The Rice Seedling Sutra: Buddha’s Teachings on Dependent Arising, a sutra where the Buddha explains that to understand his Dharma is to understand dependent arising. Geshe Yeshe Thabkhe’s commentary explores dependent arising, and the corollary teaching of emptiness, through this sutra and others, as well as Indian commentaries. 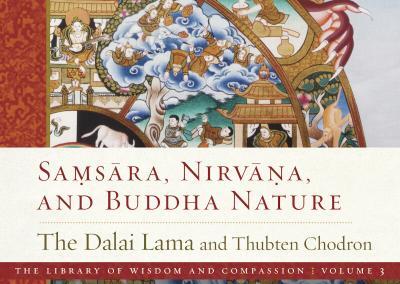 Samsara, Nirvana, and Buddha Nature, the 3rd volume in the Library of Wisdom and Compassion series, dives deeply into the Buddha’s foundational teachings: the Four Noble Truths and Buddha nature. Ven. Thubten Chodron continues her line by line reading and commentary of the remarkable multi-volume book series that she is co-authoring with His Holiness the Dalai Lama to present the entire Buddhist path for a modern audience.

Watch it live on YouTube.
See previous teachings here.
Get the podcast on iTunes and TuneIn Radio. 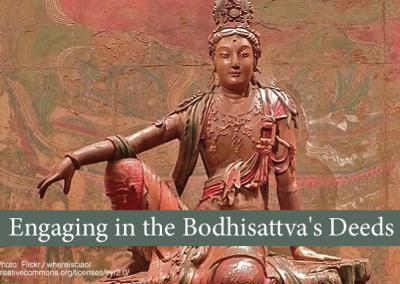 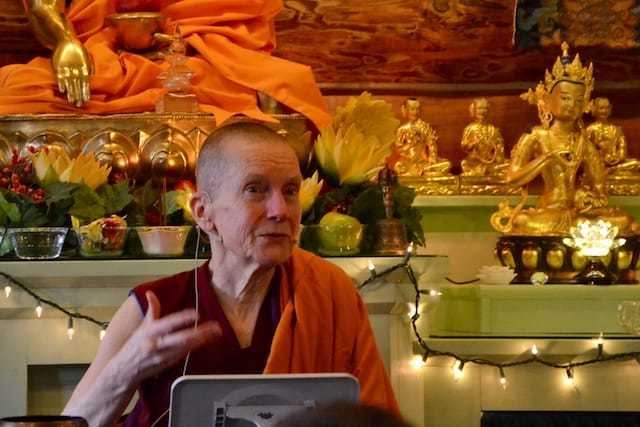 From time to time, Abbey monastics may give a series of weekly teachings hosted online by other Dharma centers. Check the Events Calendar for current offerings. 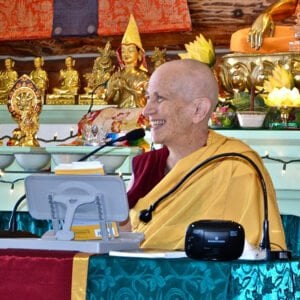 Venerable Thubten Chodron is the founder and abbess of Sravasti Abbey. She received novice ordination from Kyabje Ling Rinpoche in 1977 and full ordination in Taiwan in 1986. Her teachers include His Holiness the Dalai Lama, Tsenzhab Serkong Rinpoche, Lama Zopa Rinpoche, and Lama Thubten Yeshe and many others.

In addition to founding Sravasti Abbey, Ven. Chodron teaches worldwide and is known for her warm, practical, and humorous explanations of how to apply Buddhist teachings in daily life. She has also published many books on Buddhist philosophy and meditation, and is currently co-authoring with His Holiness the Dalai Lama a multi-volume series of teachings on the Buddhist path, The Library of Wisdom and Compassion. 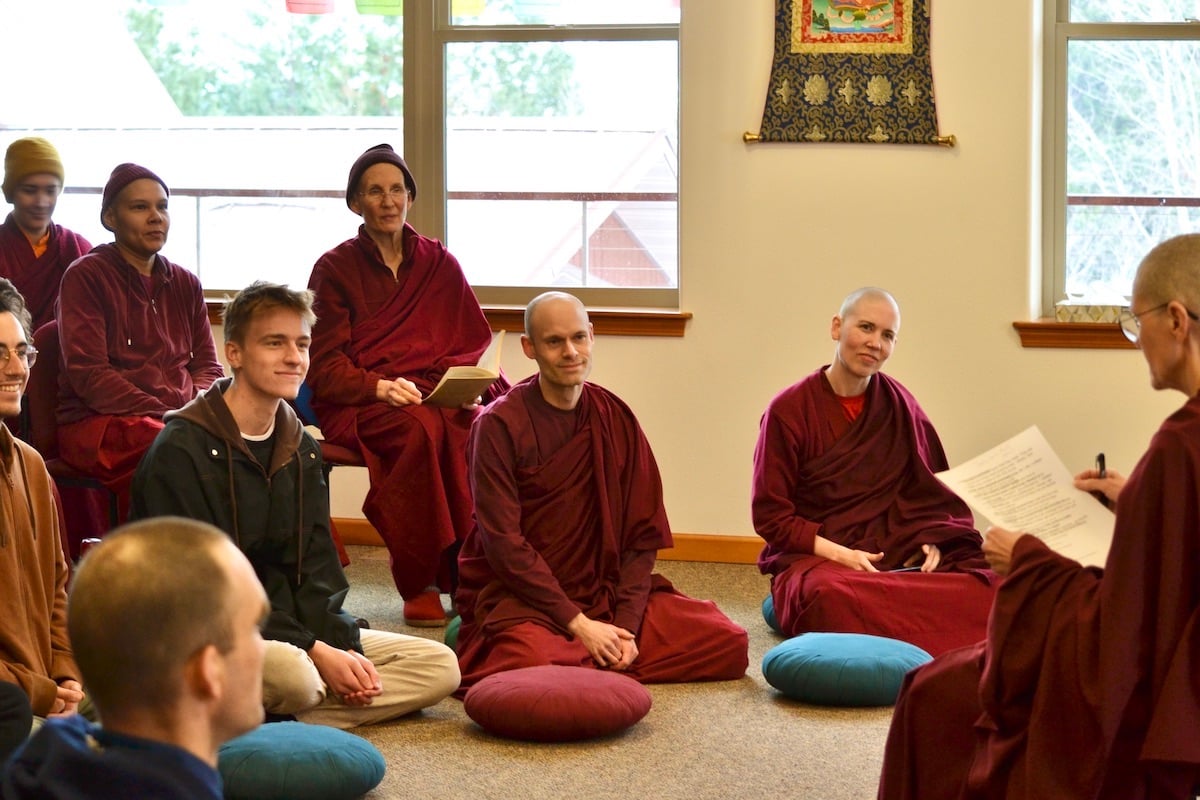