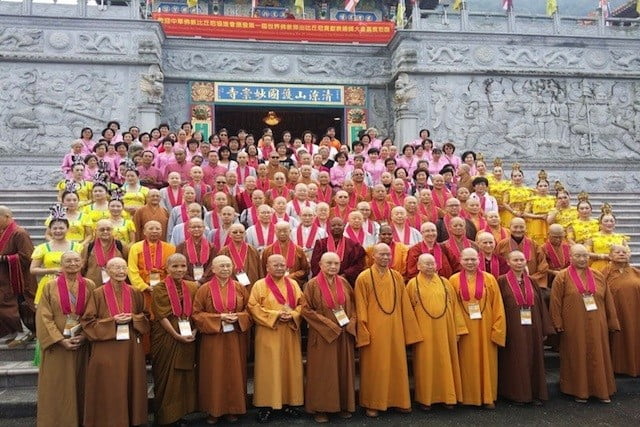 The Summer 2017 issue celebrates recent advancements in full ordination for Buddhist nuns and other accomplishments over the past year, such as the first conferral of the prestigious Geshe degree to women in the Tibetan Buddhist tradition in 2016 (comparable to a PhD in Buddhist Philosophy).

Venerable Chodron’s articles provide an overview of the Bhikshuni ordination from the time of the Buddha until the present (“A Brief History of Bhikshunis”), and detail her experience founding Sravasti Abbey, the first training monastery in the US for students in the Tibetan tradition (“Teaching Where the Teachings Have Not Spread”).

Venerable Chonyi’s introduction recounts the first Global Bhikkhuni Award ceremony that took place in Taiwan in 2016 and introduces readers to the US-based award recipients through a series of interviews and short biographies:

Venerable Damcho wraps up the edition by explaining why as a Singaporean native she ordained at Sravasti Abbey in the US Pacific Northwest (“Why Ordain in the West?”).

The magazine also includes a flier for the “Living Vinaya in the West” course to be held at Sravasti Abbey in January-February 2018. Buddhist nuns of all traditions are invited to attend!

May this issue contribute to the continued flourishing of bhikshuni sanghas and Buddhist practice communities worldwide in order to benefit all sentient beings!