Send Her On with Love 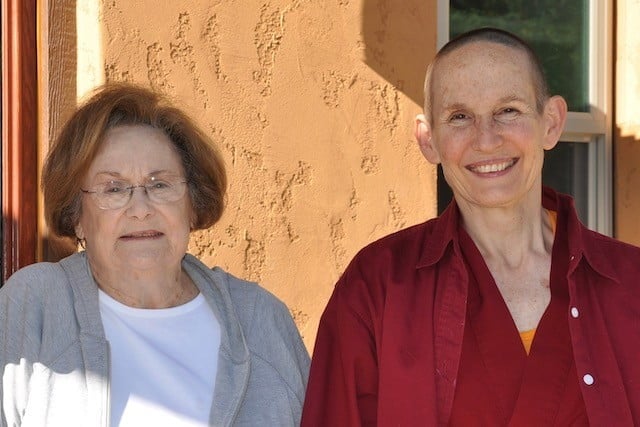 This Christmas, there are more than 325,000 empty chairs in American homes due to Covid. One of them is my mother’s.

I just finished 14 days in quarantine after traveling to Tulsa to help care for my 88-year-old mother. She developed Covid-like symptoms on November 15 and drove herself to get tested. That night, she learned she was positive.

At first, it seemed like a mild case, like a cold, but a week later she developed pneumonia and spent three days in a hospital isolation ward. She rallied with antibiotics, steroids, and oxygen, and the doctors sent her home. But symptoms persisted.

She didn’t eat anything for five days and only got out of bed to use the bathroom.

She begged my sister and brother not to send her back to the hospital, so they spent the long Thanksgiving weekend doing tag-team care for Mom.

Wanted to be there

Michael and Leisa are both front line healthcare workers with demanding jobs, and by Saturday they were exhausted and looking for an assisted living placement for Mom. I knew my mother wouldn’t want that! And I couldn’t bear the thought of my mom dying alone in isolation like so many others. I felt pulled to be there with her, to help care for her as she died. Of course, I weighed the risks—not just to myself due to air travel and direct exposure, but also the risk and impact to the community at the Abbey. We’ve been completely isolated since March. But with Venerable Chodron’s blessing, I booked a flight for the next day.

By the time I arrived in Tulsa late Sunday night, my siblings had already had “the hospice talk” with Mom, and she was completely on board. They had already had big cries together and asked each other for forgiveness.

My mom loved music. She played the flute, the piano, and sang in choirs. She enjoyed attending concerts and operas. She was artistic, had an eye for beauty, and was known for making beautiful pies. Until she got sick, she read the newspaper daily and enjoyed conversing with others about current affairs like politics. (Which, with her, I avoided!)

She had a very loving quality, and for most of her life worked as a children’s psychiatric nurse. She was a perfectionist about many things—her hair, her nails, her clothes. Like many, my mom had a traumatic childhood; as an adult, shopping and gambling became her coping mechanisms. The gambling grew into an addiction, and that complicated our lives—hers and ours.

I’m so grateful to the Dharma that Mom and I were on very good terms for many years. Early on, the Meditation on the Kindness of the Mother turned my mind around, and I stopped blaming her for all of my problems. Mom was 88, so I had done the Nine-point Death Meditation for many years in preparation for her death. But I think it was meditations on mindfulness of the body that helped the most, reflecting on the 32 aspects of my body as impermanent, suffering, and without self. Applying that to loved ones helped me to loosen attachment. Still, I had no idea how I would handle her death.

Caring for a terminally ill person is all consuming. Wearing full PPE and exercising vigilance with hygiene intensified the situation. The hospice nurse had said that Mom could continue in her weakened state for several more weeks. Uncertainty hung in the air—uncertainty if Mom was better today or getting worse. Time felt warped, and the two days and nights I spent with my mother easily felt like two weeks or two months.

I arrived very late on Sunday night. On Monday, Mom slept most of the day, but we had short conversations; she was lucid. Occasionally she would talk to herself, sayings things out of the blue like, “Did you get the lemons?” “We’ll need the patterns for the dresses.” In hindsight, I wonder if she was talking with her deceased mother or sister. I regret not asking her.

That night, I cared for Mom on my own so that my siblings could catch up on sleep. This felt scary since I’m not trained in nursing. Mainly this meant helping her to the bathroom, or repositioning her oxygen tubing, giving her medications and sips of water or refreshing her Chapstick.

I checked on her around 3 am, and she asked me in the sweetest voice, “Is today the day we go home?” Not sure what she was referring to, I said, “That’s entirely up to you Mom. If you want to stay, you can. And if you’re ready to go, that’s OK, too.” The sweetest childlike smile came across her face.

The next morning Leisa and Michael stopped by on their way to work. Michael went in to check on Mom. When he came out, he said, “Today’s the day.” Mom had said she didn’t want to continue using the oxygen. She was done with it. She was on five liters, so we all knew that death wouldn’t be far away…that she would slowly lose consciousness, slip into a coma, and die. They both cancelled their workdays and we spent the day with Mom.

I spent most of the day sitting at her bedside, either doing Chenrezig practice or just being present. Mom seemed relaxed. It was clear that she had made peace with herself and was ready to die. We kept her comfortable with small doses of palliative medicines and sips of water.

I had already shared with my sibs the importance of keeping the environment peaceful for Mom, and they were completely on board! Venerable Chodron had advised me to “Send her on with love,” and that became a comforting mantra for all three of us

Mom slept most of that morning, and when awake we told her how much we loved her. At one point, my brother put on an MP3 of “Clair de Lune,” a piano piece that mom had loved to play, and her face lit up in a smile. Later he came in singing a song that we sang on family vacations, “You Are My Sunshine.”  Without opening her eyes or missing a beat, Mom quietly joined in with the harmony.

They say the best way to help your loved ones at death is to help them live an ethical life. When I lived in Australia, I would visit Tulsa every other year. During those visits I sometimes  taught weekend Dharma courses at a Catholic retreat center. Topics included Happiness and the Mind, All About Karma, Death and Dying, and Developing Compassion. Mom would come and introduce herself as “Tsepal’s mom.” I’m glad she got some imprints.

I would send her cards with Buddhas on them, knowing that they would go on the fridge! She loved David Miche’s series on the Dalai Lama’s cats, “Even though they’re Buddhist.” Over the years, we had many phone conversations and Skype calls where I would slip in some mind training techniques.

That day, I reminded Mom of the road trip she and I had taken from Tulsa to Bloomington, Indiana in 2007 to hear His Holiness the Dalia Lama give teachings on Atisha’s Lamp for the Path. Although she said she couldn’t understand what he was saying, she loved listening to his laugh! Just before she lost consciousness that afternoon, I showed her a beautiful photo of His Holiness, and placed some things he had blessed near her pillow.

By 7 pm, mom’s breathing was quite slow and shallow. The room seemed infused with an unusual light and time seemed to stop. It was like a heavenly portal had opened in her room, transporting my brother, sister and meI into an otherworldly realm with her. It was as if we had walked up to the curtain of death with her and experienced a glimpse of such an incredible expansive peace and love. It was palpable, tangible.

As I looked at her, it was abundantly clear that there was nothing to cling to, nothing at all.

The three of us each gave her our last words of encouragement. “We love you, mom. It’s OK to let go.” “You’re safe.” “Go to the light.” She took two last breaths, hardly audible. And then she was gone. It was so peaceful, so gentle, so sweet and innocent. My mother’s last gift to us was her peaceful, joyful death!

Later my brother said, “I’ve seen a lot of deaths as a doctor, but I’ve never seen one as peaceful as that!”

The three of us spent the next week cleaning out Mom’s apartment and donated many of her belongings to a day shelter for the homeless and other charities. Because of her peaceful death, it was a joyous effort!

I’m grateful to the countless people who made prayers and dedications for my mom’s precious human rebirth. Don’t forget that my momma has also been your mother in previous lives. And, although mom had a peaceful death, she’s still cycling in samsara. If we want to continue benefitting her—and our countless other mothers—we must continue applying ourselves to the Dharma in earnest!

I’m relieved that Mom died surrounded by people who loved her. That’s not been the case for countless people around the world who have died in isolation without the physical presence of their families and friends.

Each Christmas day here at the Abbey, we recite the complete text of Guide to the Bodhisattva’s Way of Life by Shantideva. On Christmas Day 2020, we’ll dedicate the merit from reciting that text for each person who has died of Covid this year, and also for the family and friends who loved them—especially for those who couldn’t be with their loved one as they died.

Our hearts go out to all of you who have an empty seat in your home this holiday season due to Covid. Know that we hold you close in our prayers.