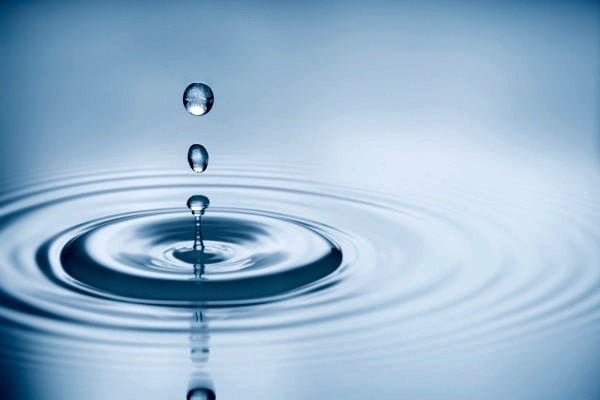 A ripple effect is a situation in which, like ripples that  expand across a pond when an object is dropped into it, an effect from an initial action can be followed outwards incrementally. The ripple effect illustrates that what we do matters, and the simplest kindnesses can change and improve people’s lives. A series of recent emails shows how small actions can bring big results.

Chapter 1: Meeting at the Lift

About seven years ago, Venerable Chodron was in Singapore to give a series of Dharma talks. Her longtime Dharma students, Choon Fah and Jessie, were hosting her in their flat.

One day, upon returning to the apartment from her daily walk, she encountered a young man waiting at the lift (elevator). She smiled and they struck up a conversation. The man was a piano teacher and was on his way to give a lesson. He was Christian, he said, but had some questions about Buddhism. They chatted briefly, the lift arrived, and he went on his way.

Ven. Chodron mentioned the incident to Choon Fah and Jessie that night, but didn’t think of it again until an email arrived last week.

“Not sure if you remember me,” the email said. “I bumped into you some years ago in Singapore at the lift landing. Just wanted to drop you a note to share briefly about how Buddhism has helped me so much.”

“I was in a downward spiral of depression, confusion, and bitterness for many years,” the man confessed. “All these negativities I faced were like one big interlocking web of knots that I couldn’t break free from no matter how I tugged and pulled.”

“I stumbled on The Miracle of Mindfulness by Thich Nhat Hanh. Reading it with an open mind, I was amazed at how applying the simple techniques of mindfulness and self-acceptance provided much of the stability and peace I had always yearned for. I have continued to study Buddhism. Slowly but surely, I can feel the negative knots of my mind unraveling, loosening and falling off as the positive seeds of the Buddha’s teachings are planted and bearing fruit.”

“I feel so liberated every day now,” he concluded, “and I’m grateful for each day I have.  Just wanted to share this, because I believe you would feel happy for me too.”

Touched that this fellow had thought to reach out to her and rejoicing in his happiness and peace of mind, Ven. Chodron wrote to Choon Fah and Jessie. “What a happy surprise!” she told them as she recalled that chance encounter so many years ago. “We never know when a small thing leads to a big result. And this all happened because you were kind and hosted me in your home.”

But the tales of rippling effects didn’t end there. Choon Fah and Jessie added their own appreciation for “small actions” that led to big results. They wrote:

“We do agree that we never know when a small thing leads to a big result. And this all happened because we were given an opportunity to host your stay and the opportunity to be a small little part of your life’s mission to propagate the Dharma.”

“Due to your Dharma connection with the Singapore Polytechnic Buddhist Society in 1987-8,” they continued, ” we invited you to conduct the Buddhist Camp and Saturday Dharma Class. From that, many Singaporean students learned the Dharma and benefited from your teachings.”

They went on. “The Thubten Chodron web page was initially set up as a birthday gift to you. It was a little gesture of trying to show our gratitude for your kindness. We never expected it would evolve to this present stage—ThubtenChodron.org—that benefits many others and makes a positive impact on their lives.”

“It also reminds us that with the pure motivation to propagate the Buddha’s teachings in the West, we humbly helped to start Sravasti

Indeed, from small acts, come great results. Jessie and Choon Fah, whose faith, commitment, and personal practice have inspired Dharma friends in Singapore and at the Abbey, completed their email to Ven. Chodron with appreciation and aspiration.

“We thank you for committing your life to propagate the Dharma,” they said, “passing down the teachings, the monastic precepts, and

more. May we make aspiration prayers that Sravasti Abbey succeeds in all your Dharma and inviting generosity activities.”

May the ripples ever widen, bringing relief and freedom to sentient beings. And may all our kindnesses bring big results.