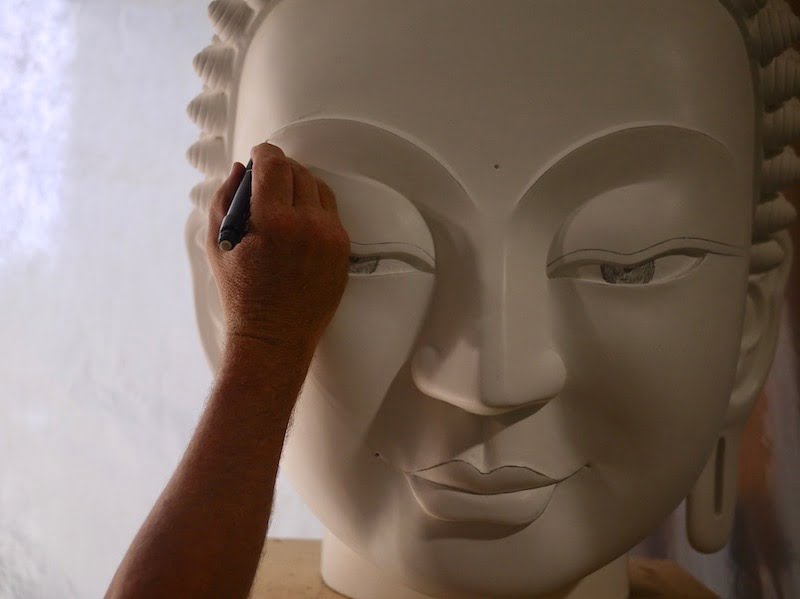 Statues in in Progress

Sculptor Peter Griffin continues his work on the three statues we have commissioned for the main Buddha Hall altar. He wrote, “The statues are coming on well. I’m currently making the head of the Buddha Shakyamuni statue, and will start making the statue’s hands next week. I’m also planning to make the main part of the lotus for the big statue soon.”

The main altar will feature a ten foot Shakyamuni Buddha, seated on a lotus, in the center. To his right will be Venerable Ananda, the Buddha’s primary attendant whose prodigious memory preserved hundreds of Buddha’s teachings for later generations. To Buddha’s left will be Venerable. Mahaprajapati Gotami, the Buddha’s stepmother who later became the first ordained woman and founder of the nuns’ order.

Ven. Ananda played a crucial role in advocating for women to be ordained. Therefore, in addition to their esteemed places among the Buddha’s principal disciples, Ven. Ananda and Ven. Mahaprajapati are dearly admired for establishing the bhikshuni sangha.

Peter’s studio is in France and he has been working steadily on these images through the Covid waves in Europe. Then he brought the statues to the Abbey for feedback before continuing the work. See photos of their arrival. 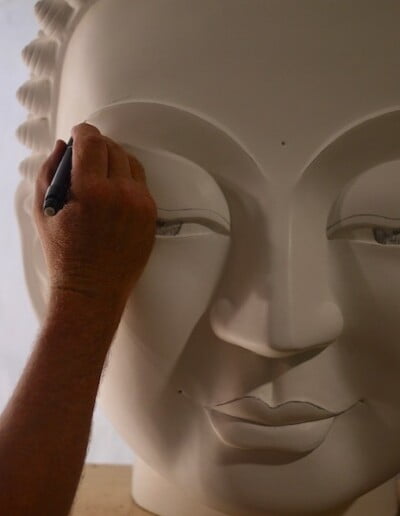 Defining some of the Buddha’s facial features 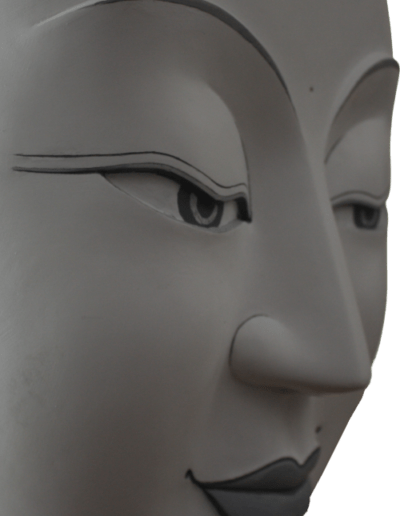 Close-up of the Buddha’s face. 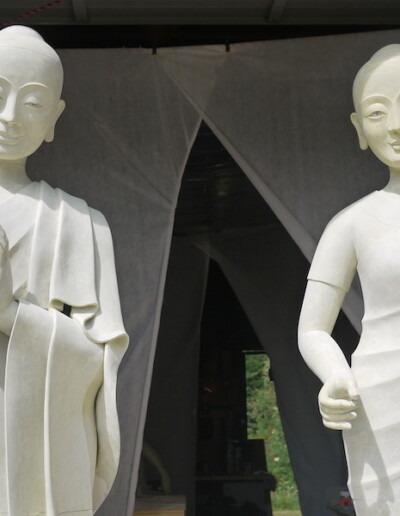 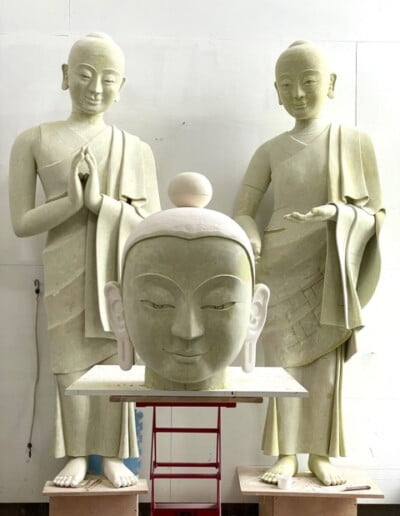 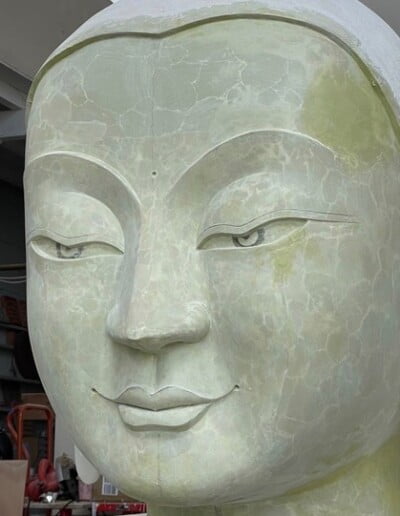 “The Buddha’s face is very beautiful.” An earlier photo of the statue in progress. 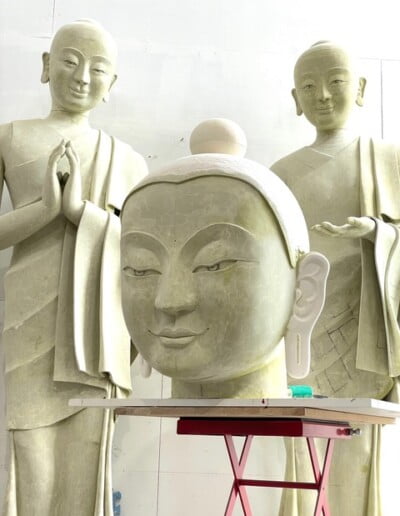 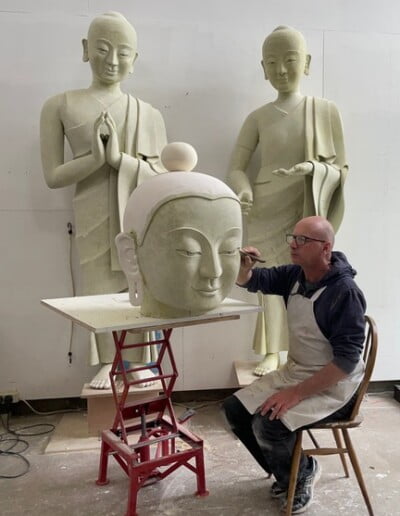 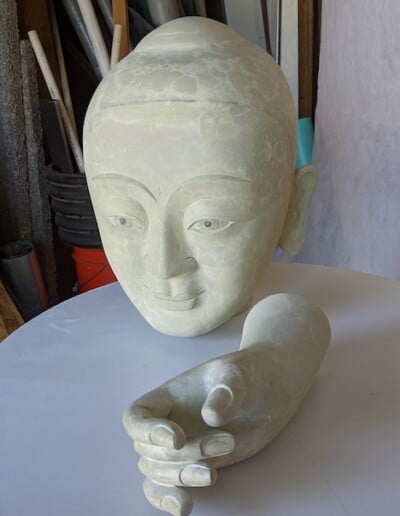