The Guard Rails of Precepts 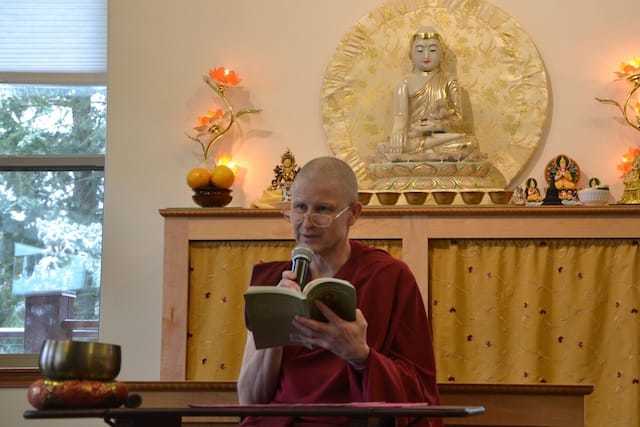 Ven. Losang offers his reflection on how the Buddhist Pratimoksha precepts—both the five lay precepts and the more extensive monastic precepts—protect us from creating the causes for suffering. 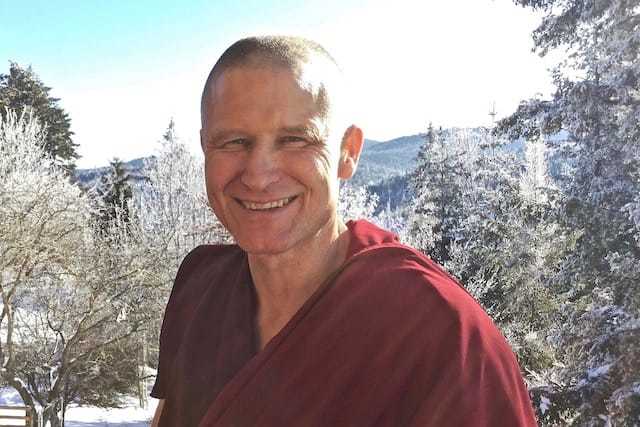 I’m going to talk a little bit about the value of ethical conduct and precepts. There is a line in the Pratimoksa Sutra that says, “The precepts are as limitless as the ocean, like jewels that can be sought tirelessly.”

This specifically refers to the monastic precepts, but lay people should also value their precepts like precious jewels. We should all remind ourselves how precious they are, how fortunate we are to have them, and recall the teachings on the ten non-virtuous actions to avoid and ten virtuous actions to practice.

Geshe Lhundup Sopa, in the second volume of his Steps on the Path to Enlightenment: A Commentary on Tsongkhapa’s Lamrim Chenmo, says:

The human mind has countless thoughts, and out of those thoughts arise countless actions. In order to formulate this virtually infinite variety of actions into a system that we can easily understand, learn, and practice, the Buddha condensed all actions into ten general categories. These he taught as the ten virtues to be cultivated, or the ten non-virtues to be abandoned. If you have a basic understanding of these ten actions and their results, you can begin to practice.

The ten non-virtues include three of body (killing, taking what has not been freely given, and unwise and unkind sexual behavior); four of speech (lying, divisive speech, harsh speech, and idle chatter); and three mental pathways of action (covetousness, malice, and wrong views.)

Although all physical, verbal, and mental actions have been condensed into these ten karmic paths, it does not mean that every conceivable action is subsumed by these ten. The Buddha has taken the most important types of actions—the most powerful, the ones that most easily occur, those that bring the heaviest results—and he has established them as the ten karmic paths that need to be considered. In this sense, this grouping is not exhaustive.

“But in order to practice ethical conduct successfully, we need to recognize these ten, learn the details of their karmic consequences, and then apply this knowledge in our daily lives. If you train yourself to keep away from these ten, other negative actions will naturally be avoided. 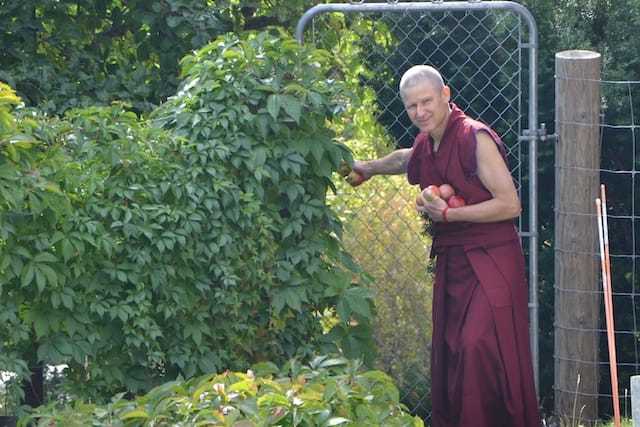 The specific details of karma are very hidden phenomena known only to the fully enlightened buddhas. What we ordinary beings need to know about karma is what to practice, what to abandon, and why we should even be concerned with karma.

What the Buddha taught on this subject covers all of this. Which actions are labeled virtuous and which are labeled non-virtuous is not arbitrarily set up, but is based on the results of those actions. The Buddha, out of great compassion, taught what actions we need to abandon to avoid creating the causes for suffering and what we need to practice to create the causes for happiness.

That is, the Buddha was saying that by committing the non-virtuous actions of killing, stealing, unkind/unwise sexual conduct, and so on, a person creates the causes to suffer greatly in the future in unfortunate rebirths, in harsh environments, meeting with painful situations, and developing habits of non-virtue which lead to more of the above. Out of compassion, wanting us to avoid such suffering, the Buddha taught what to abandon in order protect us.

These non-virtuous actions of killing, stealing, and so forth also create suffering for others now and in the more immediate future. So if one is a bodhisattva and is continuously concerned with the  welfare of others, one would naturally avoid harming others and easily avoid non-virtuous actions. That is one of the many great benefits of spontaneous bodhicitta; it protects us from the selfish tendencies that lead to actions that lead to great suffering. Wonderful!

The thing is, though, I personally do not have spontaneous bodhicitta. I do practice generating contrived bodhicitta, which is very valuable and helps to steer me away from harming others. This concern for others’ welfare can be a great guide in understanding what to avoid doing, but it tends to evaporate when I need it the most, which is when I am overwhelmed by attachment, anger, confusion, or any of the other mental afflictions.

And that’s why the precepts are so valuable, because ordinary sentient beings get overwhelmed by afflictions and think selfishly.

And that leads toward harmful actions. As Venerable Chodron has said many times regarding the precepts, “If we could keep them all purely, we wouldn’t need them.”

Sometimes I think of the precepts as sign posts to let me know when I’m going astray. An example is if someone is annoyed by a mosquito buzzing in their ear and wants to kill the mosquito but they don’t because they remember their precept not to kill and that reminds them that such an action is not in line with what to practice and what to abandon. Without any teachings on the negativities of killing one might think it is fine to kill a mosquito.

Without a precept not to kill, one may rationalize killing the mosquito even though one has already heard teachings on the ten non-virtuous actions.

Recently I have been thinking of the precepts like guard rails on a highway. I was in a car accident some years back where someone hit the car I was in and slammed us into a guard rail. I remember being against that rail with the two right wheels off the ground. We slid along the rail and came back down on all four wheels safe and sound. Without that rail we would have tumbled 35 or 40 feet off the overpass onto the train tracks.

If I need to be careful
Near a small, ordinary precipice,
Then how much more so near the one of long duration
That drops for a thousand miles.

Shantideva here is of course referring to the great suffering of the lower realms. That is how the precepts are like a guardrail; they keep us from plummeting into the lower realms and other unfortunate situations. I would guess that most of us probably don’t have an accurate idea of how horrible that can be.

A bit more comically, I thought about the precepts as like the little rail bowling alleys use for kids. When little kids are learning to bowl some bowling alleys have these rails that prevent the ball from going into the gutter; no gutter balls.

I learned to bowl when I was 9 or 10 years old and we didn’t have that. I went to a bowling alley when I was maybe 39 or 40 and saw that and laughed so hard. The ball bounces off this rail, then that rail, then, booush, knocks down a bunch of pins. The kids were having a great time and it was a great training tool until they develop the skill to bowl without the rails.

My point is that until we have progressed to the point of abandoning the tendencies toward harmful actions the precepts guide us in our actions. They are a training tool and indispensable until we are free of afflictions, which I don’t see happening so soon for me. And they can only protect us if we see their value and keep them as best as we can. And the teachings on karma can only protect us if we make a strong effort to understand them through study, contemplation, and meditation and of course practice what we learn.

Back to what Geshe Sopa said, “The human mind has countless thoughts, and out of those thoughts arise countless actions.”

Because of this, the precepts and the teachings on ethics can’t possibly cover all possible situations. Thus it is best not to approach ethical conduct with an attitude of, “What can I get away with?” Rather it is best to develop an understanding of the intent behind each precept and work at developing such qualities as love and compassion toward all beings, consideration for others, and integrity. In this way our ethical conduct will not be a rigid legalistic attitude but will be guided from the heart and a growing sense of what is beneficial. This will keep us from bouncing off the rails.