Toward One American Family 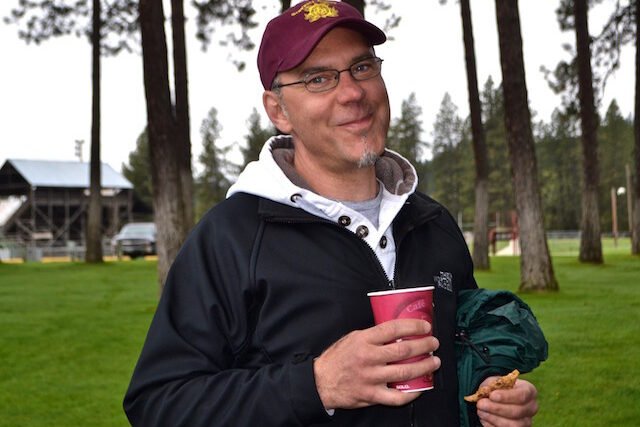 Long-time Dharma student Dan Dimitrov responds to the January 6 assault on the U.S. Capitol with an “inner Dharma voice” that calls for truth and reconciliation to unite Americans across the political divide. Ven. Thubten Chodron read and commented on Dan’s essay in a Bodhisattva’s Breakfast Corner talk. Watch it here.

After the recent events at the United States Capitol on January 6 and my initial shock and even outrage, I’ve been watching my mind carefully. My initial outrage has given way to sadness and, frankly, a feeling of media burn-out from the coverage.

I’m getting pretty tired of well-meaning friends and family sending me videos and articles the tone of which is: “Can you believe those Trump supporters??! How dare they do such a thing??!! They must be made to pay!! Only awful people would do such awful things. Trump too must pay and we should rejoice in his suffering.” Or so we are led to believe.

Outrage is not the answer

For a minute, I was getting right on board with that narrative. But something was pulling at me. Call it my “inner Dharma voice”—don’t know—but something was gnawing at me, telling me: “Enough already! This is not helpful for my mind!  This is not the answer! We can do better than this when it comes to relating to those of differing political views. I can do better than this!”

If we continue this information bias and keep feeding our worldview that “I’m right, they’re wrong, us and them,” then it will only lead to more self-righteous indignation and hatred. This is not a path I want to go down.

My view (and I hope this does not sound condescending) is that when it comes to some people on the far right, it’s almost as if we have a sick family member. They’ve been profoundly misled, lied to, and, as a result, are having difficulty seeing reality. Call it Wrong View(s). But make no mistake, ill or not, they are part of the family of our fellow Americans. We must not give up on them.

Recently I viewed Ven. Chodron’s Bodhisattva’s Breakfast Corner talk about the importance of truth. I appreciate what she has taught us about truth. Looking into the mirror and asking, “In what ways have I been misleading, dishonest, or untruthful?” and “How can I do better?” is truly a powerful practice.

Clearly truth is important. It’s a good start.  And we need something more. I was reminded of one of my heroes, Nelson Mandela. When he was elected president of South Africa after years of imprisonment, he did not respond with hatred. No, he formed a truth and reconciliation commission.

It seems to me we in the United States need to find some common ground—to heal, learn the lessons, and to somehow move on from this divisive way of being. Perhaps we need to borrow a page from Mandela’s book and have a truth and reconciliation commission as well.

While it’s true some people need to be held accountable for their actions it should not be done with a sense of righteousness, mockery, ridicule, anger and blame. This is the response from some on the Left.  None of these things are helpful and only serve to inflame the situation.  We have to show them some compassion and respect. Ven. Chodron has written and spoken extensively about moving beyond blame. Please let’s do that now.

There is no such thing as Red America and Blue America. There is only purple America. Political differences cut through cities, towns, families, friends, neighbors, etc. How to divide these? Is more division really the answer? I think not.  This call for succession from some on the far right is not the answer. We in this country are all interconnected in one way or another. Now more than ever we need to remember that we are ONE American family. And more to the point, as His Holiness the Dalai Lama says: “One human family.”

This is my plea: I am imploring myself and others to strive as much as possible for a show of unity. Compassion. Forgiveness. Find some common ground and don’t give into anger and hatred.

Finally I remember the inspiring teachings of our great teacher the Buddha: “Hatred does not cease by hatred, but only by love alone; this is the eternal rule.”