Transforming Adversity into Joy and Courage 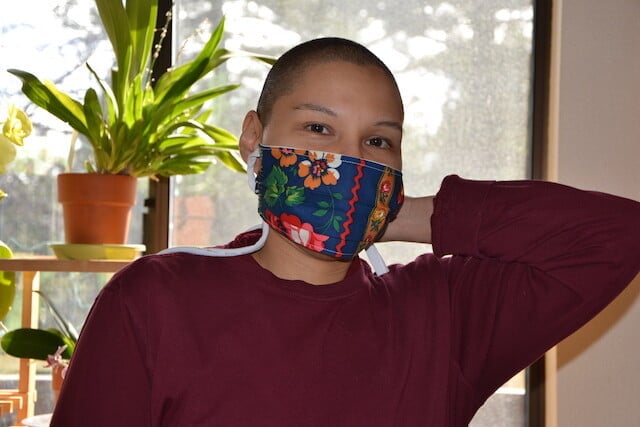 Venerable Thubten Kunga delivered this talk during the 2020 Western Buddhist Monastics Gathering in response to the conference theme “Transforming Adversity into Joy and Courage.” The gathering, now in its 26th year, took place online and brought together monastics from the Americas, Europe, and beyond to talk about issues regarding monastic life.

Judging by what’s going on in politics, the environment, the economy, and the media, I definitely feel like I’m living in the Kali Yuga—the last period of the present world’s existence according to the Hindu philosophy. I think I’m not alone in finding it difficult to maintain an optimistic, steady mind.

But seen from another point of view, these troubled times are actually a very rich time for spiritual practice, because there’s no shortage of opportunities to practice renunciation, wisdom, and compassion. And in this way, it’s clear how adversity can be a tremendous boost for our spiritual practice, and we can even rejoice that we’ve been born at this place and time.

Of course, this is not my usual first response to difficult people and situations. When I reflect on my life, however, I see that I’ve grown the most during times when I felt most challenged or groundless.

My Path to Ordination

I wanted to share a personal example of how adversity has helped me deepen my own renunciation and commitment to spiritual practice.

I actually credit the current political situation with helping me to ordain last year.

I grew up just outside Washington, DC, and worked for seven years for the federal government before moving to the Abbey. I was very inspired by the presidential administration I worked for and felt like I was making a difference in the world.

My work was in humanitarian assistance and refugee and migrant rights. I interacted a lot with NGOs and human rights organizations and had many friends involved in social justice work. I had studied sociology and government in college, and had high hopes that wise public policies could raise the whole world out of poverty and misery.

I found the mission of my work very fulfilling. but eventually grew tired of the bureaucracy and politics. I eventually concluded that a public servant’s work could never be completely pure. I yearned for role models with a high degree of integrity and selflessness but wasn’t able to find it in my professional world. I also was having trouble getting promoted due to an administrative quirk in my hiring status.

So, adversity within my career was one big reason I decided to leave my job and explore monastic life. I visited a few monasteries across the U.S., traveled to Nepal to teach English at a monastery, and came to the Exploring Monastic Life program at Sravasti Abbey. Coming to the Abbey felt like coming home and I could feel the virtue that I had been yearning for in the air.

I asked to stay as a long-term guest to consider monastic training but wasn’t fully sure what the future would hold. I arrived right before the 2016 presidential election, and I remember thinking that if one of the candidates became president, maybe I could go back to DC and work for their administration and advance all the good causes they supported.

However, those “dreams” fell apart the morning someone announced in the Meditation Hall that another candidate had won the electoral vote. My body and mind were in shock for many days after. I was devastated. But at that moment it became crystal clear just how unreliable worldly pursuits are. All the work I had put into those great social causes seemed to evaporate overnight, along with the sense of purpose and meaning I had derived from them. I knew then that my focus would now be on spiritual practice.

So against this backdrop, I saw moving to the Abbey as an escape from all the corruption and craziness in society. I saw myself as done with vainly fighting for social justice and instead pursuing the real solution to suffering, which was transforming my mind. I decided to prioritize my own practice and ignore what was going around me as much as possible.

Shutting Out the World Isn’t Possible

However, this approach turned out to be impossible for a couple reasons. First, is that the Abbey is very committed to sharing the Dharma with as many people as possible, and we keep our doors open every day of the year except the two months when we’re in retreat. Even then we’re regularly posting teachings and Dharma resources online. With a mission like “creating peace in a chaotic world,” it’s difficult to live at the Abbey and stick your head in the sand.

Second is that living in a community, where everything you do depends on other people’s cooperation, makes clear that there’s no firm dividing line between my time and your time, my space and your space, my practice and your practice, my happiness and your happiness. In a community, it’s impossible not to be deeply affected by each other and not to affect those around you.

And lastly, all the recent upheavals in society – such as the Covid-19 pandemic, resurgent racism, climate disasters, and government corruption – have continually pulled me outside my bubble of self-concern and spotlighted the suffering of others.

The Reality of Our Interconnectedness

In this way, the challenges of living in community and the increasing amounts of adversity that all humans seem to be facing have been the push I needed to figure out what compassion and wisdom actually look like within a living, breathing human being on a daily basis. Adversity has taught me that we can overcome suffering by facing it, while running away only makes it worse.

The rise in hate speech and hate crimes in America has forced me to confront the seeds of hatred, fear, and despair that so easily arise in my mind. They have shown me just how limited my equanimity is towards certain groups of people, and have challenged me to develop compassion for people I find threatening and harmful.

The recent scandals and lies in government and religious institutions have helped increase my integrity and ethical conduct by pushing me to look closely at my own values and whether I am living up to them.

I also can’t sit back and criticize all those bigots and sexists out there without looking closely at my own thoughts and behaviors to see how I have internalized these harmful views, including subconsciously thinking myself inferior because I am a woman and a racial minority.

And all the social restrictions we’ve put in place at the Abbey due to Covid-19, as well as witnessing my fellow monastics deal with their own sicknesses and difficulties, have brought home the Buddha’s teaching that everything is interdependent, and that each individual must take responsibility for the impact we have on other sentient beings both near and far.

So, adversity is really a wonderful support for spiritual practice if we are able to see it in that way. At the same time, it’s super helpful to have a spiritual community that can support us through our struggles and offer reminders of how to behave ethically and compassionately in difficult circumstances.

Many people have written to the Abbey to say that they would be completely lost without the guidance and example provided by Abbey monastics during these challenging times.

I still believe that taming my own mind is a valid way to address the difficulties in society right now, but with the recognition that inner work and outer work are never completely separate. My own struggles are in part the struggles of those I’m connected to – which is basically everyone – and vice versa.

The Buddha appeared out of compassion for the world, which means that adversity and suffering were his principle cause. May we as Buddhist practitioners approach all the adversity we experience – both inner and outer – with this same attitude of wanting to help, and remember that renunciation is not just a turning away from the world, but transforming it through our wisdom and compassion.