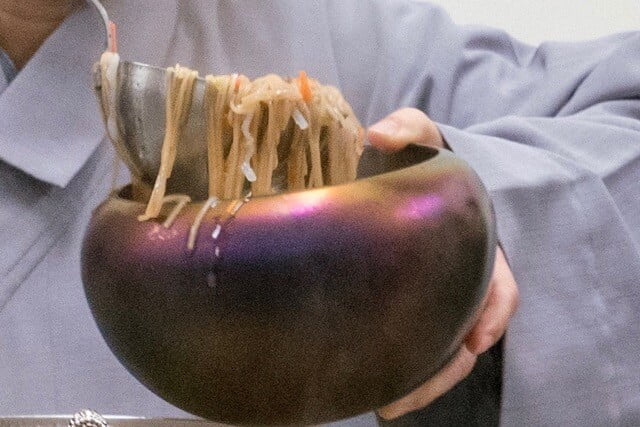 Sravasti Abbey’s reply to question posed to the Ask a Buddhist column at SpokaneFAVS. 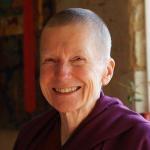 Question: I watched a movie series on Netflix about the life of Buddha and it presented itself as factual. I was intrigued by the similarities to Christianity, but the one thing that troubled me was the need to beg. I do understand that it contributes to humility, but I see it as antithetical to the 2nd principal to help others.

Thank you for this interesting question. First of all, it’s better to say “accepting alms” rather than “begging.” “Begging” can bring to mind a homeless person approaching you on the street and asking for money. This is not what Buddhist monastics do. For one thing, we are only allowed to accept food and drink, not money, in our alms bowl. Another thing is that we do not directly confront people and ask them for food; instead we provide opportunities for them to voluntarily give us what we need to continue following our spiritual path. And the practice of accepting alms is not antithetical to helping others; Buddhist monastics do help others in a number of ways, as I will explain below.

The tradition of spiritual seekers accepting alms from layfolk already existed at the time of the Buddha—in fact, meeting a wandering mendicant and being impressed by his serenity was one of the experiences that inspired Siddhartha Gautama to embark on a spiritual quest.

At that time in India, many men (and a few women) would leave their homes, families, jobs, and worldly possessions to devote themselves full-time to spiritual practice. They would meditate in forests and subsist on the offerings of people living in nearby towns and villages. People were happy to support these spiritual seekers because it was a way they could accumulate merit—positive mental energy that is the cause of happiness and spiritual progress.

In her biography, simply entitled Buddha, Karen Armstrong writes: “Kings, merchants and wealthy householders alike honored the bhikkhus (“almsmen”) and vied with one another for the privilege of feeding them. Some became their regular patrons and disciples. This was no passing craze. The people of India can be as materialistic as anybody else, but they have a long tradition of venerating those who seek the spiritual and they continue to support them.”

Such a lifestyle allows the meditators more time for their practice and study, thus cultivating the spiritual knowledge and qualities that enable them to benefit others and the world.

How Monks and Nuns Help Others

Buddhist monks and nuns have been following this lifestyle for the last 2,500 years, and many continue to follow it today. In some Buddhist countries, such as Thailand and Myanmar, the monks go on alms round every morning after meditation and chanting. They walk silently and mindfully in a line, going from one house to another in the nearby towns, humbly accepting whatever food people put into their bowls.

The lay people do this voluntarily and joyfully, knowing it is a way for them to create merit. Also, they value the ethical lifestyle and dedicated practice of the monks and wish to support them. The monks, in turn, help the lay people by giving them teachings, leading them in prayers and meditation, counseling them when they are going through difficulties in their lives, and serving as ideal role models.

Kuni Colliton—who originates from Thailand and opened a local restaurant, Kuni’s Thai Cuisine—says that offering food to monks and nuns is a way to create merit for oneself and one’s ancestors. In some Asian cultures there is a practice of setting out food for deceased relatives—similar to our practice of putting flowers and mementos on our loved ones’ graves—but the Buddhist version of this is to offer food to monastics who will then dedicate the merit to one’s ancestors.

Here at Sravasti Abbey, a Buddhist monastery in eastern Washington, we also rely on lay people to provide food and other necessities. A network of dedicated local people collect donations from people all over the world, and bring up supplies each week to sustain the Abbey monastics.

One such supporter is Jason Chan, who lives in Singapore and makes regular donations of meals for the Abbey residents. He explains his reasons for doing this:

To repay the kindness of our many donors, Sravasti Abbey offers numerous talks and courses, both residential and online, and Abbey monastics frequently give talks in other venues such as universities, colleges, churches, and correctional institutions. We also have a Prison Outreach Program, responding to hundreds of letters each year from inmates seeking spiritual guidance. Several Abbey residents are involved helping local homeless and at-risk teens; others engage in interfaith dialogue.

People often write the Abbey to express their gratitude and appreciation for the help we offer, or for simply being here and doing what we do. One former inmate wrote: “The Dharma brothers and sisters at Sravasti Abbey reached out to us as fellow sentient beings, not as monsters or thugs or criminals. A beacon of light, love and compassion that illuminated my seemingly dark prison world.” (See our website for more information: https://sravastiabbey.org/who-we-are/how-we-help/)

As a monastic living at Sravasti Abbey, I find the practice of accepting alms very helpful for developing positive qualities, such as humility (as you mentioned in your question), contentment (we are not supposed to be choosy, but accept whatever is offered), and non-greed (not constantly wanting more and better things). These qualities in turn help us to keep our minds calm and focused while meditating or studying, as opposed to being distracted by thoughts such as: “I feel like going to Starbucks for coffee and cheesecake!” It also ensures that we remain mindful of our interdependence with others—that we cannot exist without the kindness and generosity of many other people, and that we in turn are responsible to practice as genuinely as possible and do what we can to benefit others. 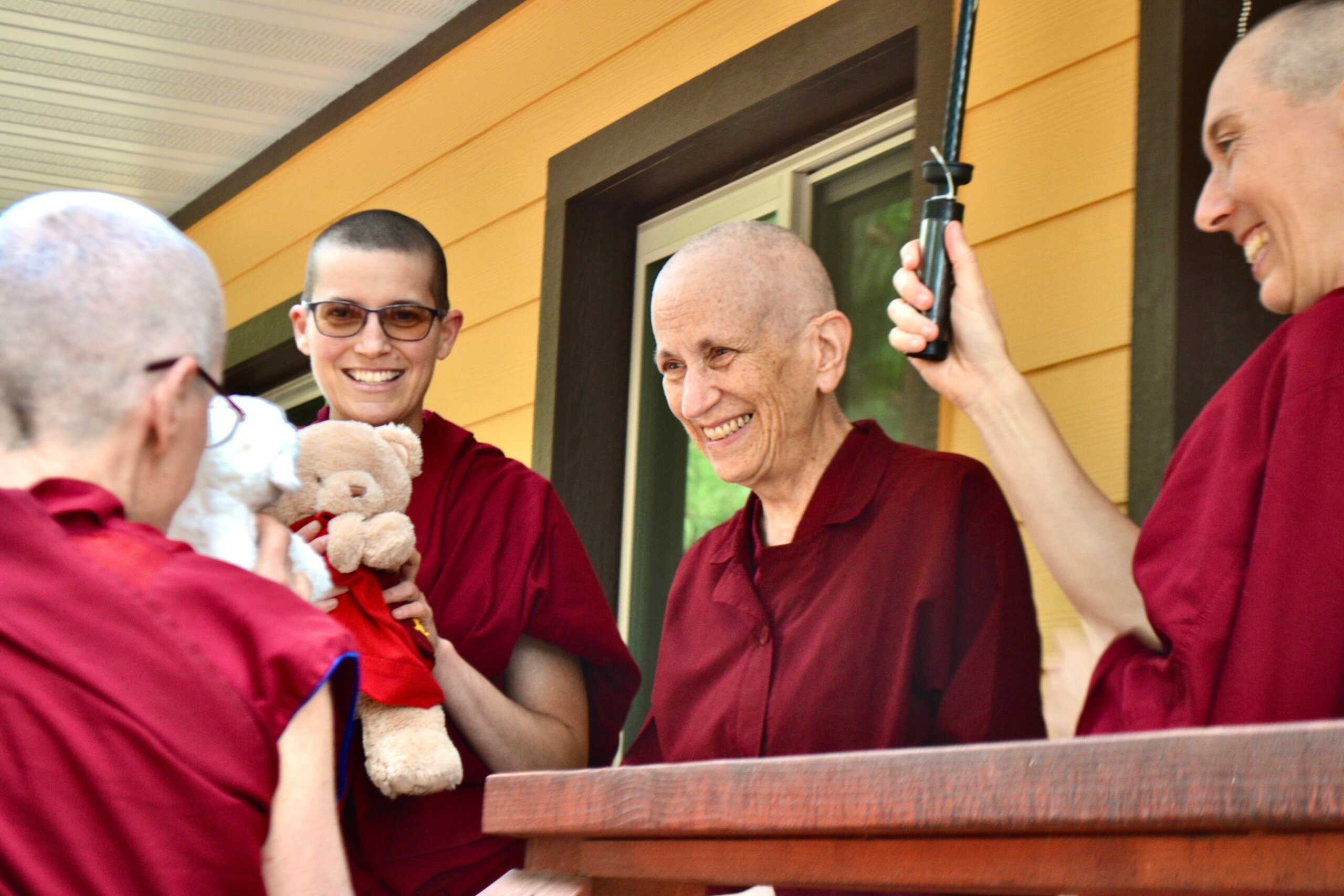