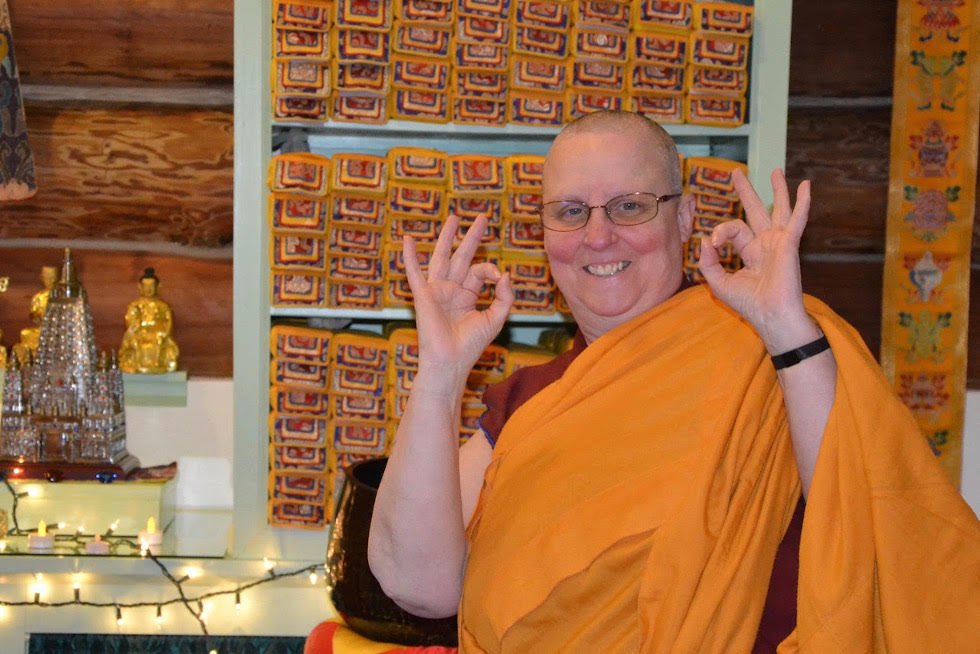 Dictionary dot com defines cliché as “a trite, stereotyped expression; a sentence or phrase, usually expressing a popular or common thought or idea, that has lost originality, ingenuity, and impact by long overuse.” Ven. Thubten Tsultrim twists 60 hackneyed phrases into some kind of wisdom in a Bodhisattva’s Breakfast Corner talk. Watch it here and follow along with her text. 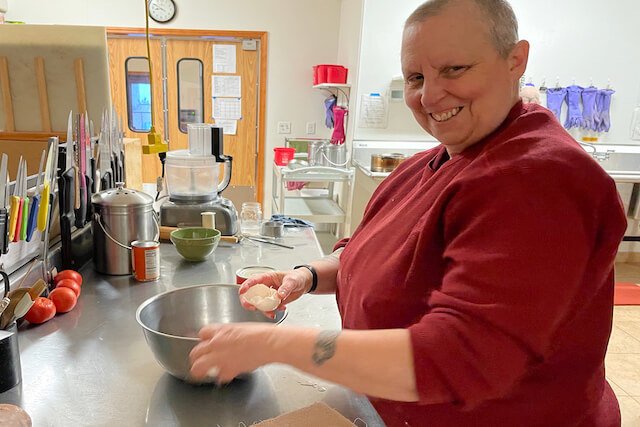 Have you ever thought of how many cliches we live with each day?

Whether it’s a cliché or idiom or just a saying is not the point and has no bearing on this Bodhisattva’s Breakfast Corner talk. So, hang on everyone; it’s gonna be a wild ride. Here we go.

They say, it’s a dog-eat-dog world. You just have to look at the news in order to figure that one out. It’s a dog and pony show out there—okay, Elephants and Asses, but you all know what I mean. The Republicans and the Democrats are so busy slinging mud at each other that they forget to stop and smell the roses.

It’s the same old story. One side thinks the other side is bad to the bone and they avoid working with each other like the plague. And the rest of us are caught between a rock and a hard place. And I think some of them are not playing with a full deck. Trying to figure out why they are doing what they are doing is like banging your head against a brick wall.

Sometimes it seems that our so-called leaders are all talk and no action, and that they have an axe to grind when it comes to people that they call bleeding hearts. They seem to want us to live by the law of the jungle, seeing the wolf at the door whenever we turn around. They seem to think that all’s fair in love and war and politics, and they hope that you don’t see that they are yanking your chain when it comes to what is best for you vs. what’s best for them (or the people they claim to represent).

They say ignorance is bliss. But you and I know better. Ignorance just takes you out of the frying pan and into the fire. Ignorance creates a lot of pain and suffering and lets the green-eyed monster of jealousy harm your interactions with others.

I don’t want to burst your bubble, or let the cat out of the bag, but you need to think outside of the box. Ignorance is just allowing you to continue running in circles in Samsara. It makes your mind clear as mud and prevents you from becoming awakened for the benefit of all sentient beings. What we need is a wakeup call.

What we are looking for is a way out of Samsara. And we’ve got it. The Buddha is not just a fair-weather friend. And the Dharma is most definitely a force to be reckoned with. And the Sangha come armed to the teeth with ways that allow you to take the bull by the horns and follow your heart all the way to awakening.

What we need to do is put the pedal to the metal and jump in with both feet, take the bull by the horns and keep practicing until the cows come home and we are awakened and have become Buddhas so that we can share the wisdom of the ages with all sentient beings. 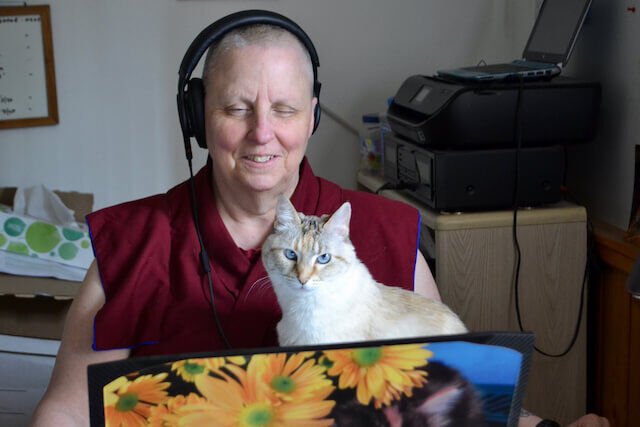 Now I don’t want to beat a dead horse, but most especially what you don’t want to do is look a gift horse in the mouth. There’s no time like the present. You only live once is only a cliché and has no basis in our reality.

Samsara is going to continue until you put an end to it and become awakened. You need to seize the day and shoot for the moon. It may seem too good to be true that we can find our way out of this unsatisfactory dramatic play that we have created for our self. But it is possible.

Remember, when the going gets tough, the tough get going. Now, the teachings of the Buddha are too numerous to mention individually, but you should count your blessings because we do have these teachings. There is a way out.

I was going for 47 because 47 is supposed to be the answer to all the mysteries of the universe (and an in joke in Star Trek.)

For all intents and purposes, with the technology that we have, it’s a small world, and granted, becoming awakened is easier said than done. But for what it’s worth, every dog has its day and we don’t have to live in a dog-eat dog-world if we don’t want to.

If we remember to forgive and forget, don’t step on anyone’s toes and draw the line at not allowing others to lead us around by the nose, we’ll be able to live the Dharma and we can learn to live by the new saying that we have around the Abbey. Turn off the news and love your neighbor.