One nun and two cats moved to the new Sravasti Abbey in October 2003. Many dreams and plans went before it, and much effort has followed. That’s when our history begins. 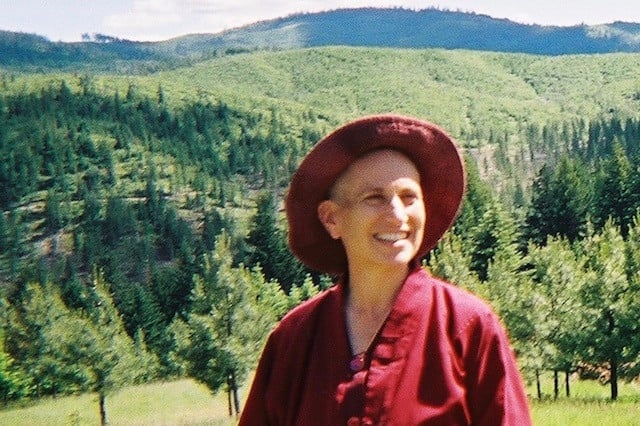 Sravasti Abbey supports a flourishing monastic community where learning and practicing Buddha’s ancient teachings cultivate peace in the hearts of residents, visitors, and the world.

We seek to preserve Buddha’s teachings, to root them deeply in Western soil, to share them with others, to build an enduring sangha, and to serve sentient beings for as long as space remains.

Ven. Thubten Chodron, a Buddhist nun since 1977, dreamed of creating a monastic community in the US for many years. With the blessing of His Holiness the Dalai Lama and the advice of many of her teachers and senior monastics of several Buddhist traditions, she founded Sravasti Abbey in 2003.

The Abbey ordained our first novice nun in 2006, who went on to become our first fully ordained nun (bhikshuni) in 2008. By 2011, our community included five ordained nuns, surpassing the requisite number that allowed us to begin our bi-monthly posadha confession and restoration of monastic precepts, which has continued ever since. In 2014, we instituted our first annual varsa (rains retreat) and pravarana ceremony to end the retreat, thus fulfilling all the monastic rites that the Buddha prescribed for a fully functioning sangha community. Learn more about the monastic rites here

You can see photos of the Abbey’s development since 2003 in our Photo Gallery archive.

The seeds for Sravasti Abbey were planted in 1993 at a Western Buddhist Teachers’ Conference with His Holiness the Dalai Lama. There, Ven. Thubten Chodron and other Western monastics shared openly about the difficulties that they faced in the West, where there is little understanding and support for Buddhist monks and nuns.

By the end of Jetsunma Tenzin Palmo’s presentation, His Holiness the Dalai Lama wept. He told the Western monastics not to wait for the Tibetans to provide for them, but to go ahead and start their own monasteries. There’s a video of their historic meeting. This was a turning point for Ven. Chodron and her dream of developing a Buddhist monastic community.

His Holiness the Dalai Lama’s words gave Ven. Chodron the confidence to work towards creating a community where Western monks and nuns could live and practice together, without having to worry about obtaining the four requisites of food, clothing, shelter, and medicine.

Co-organizing the Life as a Buddhist Nun conference in 1996, where Chinese and Tibetan monastics taught the Vinaya to Western nuns, also helped her to see how a Western monastic community might take shape. Ven. Chodron submitted a list of names for a future monastery to His Holiness the Dalai Lama, and he chose “Sravasti Abbey.”

With a name from His Holiness the Dalai Lama, there was no turning back. After a false start in Missouri, Ven. Chodron’s Dharma students in Idaho began helping her to search for land nearby to build a monastery.

After attempts to found Sravasti Abbey in Missouri and Idaho, Ven. Chodron first viewed the 240 acre property near Newport, Washington in August of 2003. Within a few months, the purchase was made and Ven. Chodron moved in with her two cats, Manjushri and Acala.

Some of Ven. Chodrons’ students from Seattle, where she had been the spiritual advisor to the Dharma Friendship Foundation for 10 years, formed the Friends of Sravasti Abbey (FOSA) to support the Abbey’s development.

Ven. Chodron had articulated the key principles that would steer the Abbey’s course for residents and guests to develop a Monastic’s Mind. Over numerous meetings, the FOSA drew up operating systems that are still in practice. Many of the core members eventually moved to the Abbey. Some of them ordained as monastics and dedicated their lives to develop the Abbey and the Dharma in the West.

In the first years, several of Ven. Chodron’s teachers came to bless the land, including Khensur Wangdak Rinpoche. He declared happily, “It’s very fertile here. This place could support 10,000 monastics!” See this history in our Photo Gallery archive.

Over the years, the Sravasti Abbey community has grown steadily. Meet the community here. Growth has led to the construction of more buildings to house an increasing number of residents and guests.

We celebrated our 10th anniversary in 2013 with the consecration of Chenrezig Hall, which has a commercial kitchen and more rooms for guests, and recently purchased Tara’s Refuge, which will serve as a buffer for the Abbey’s future growth.

Now, in 2021, the Abbey is ready to build a Buddha Hall, a two-story temple and library that we hope will serve resident monastics and lay guests for thousands of years.

Join us in creating the causes for the Dharma to continue to flourish in the West, to create peace in a chaotic world. 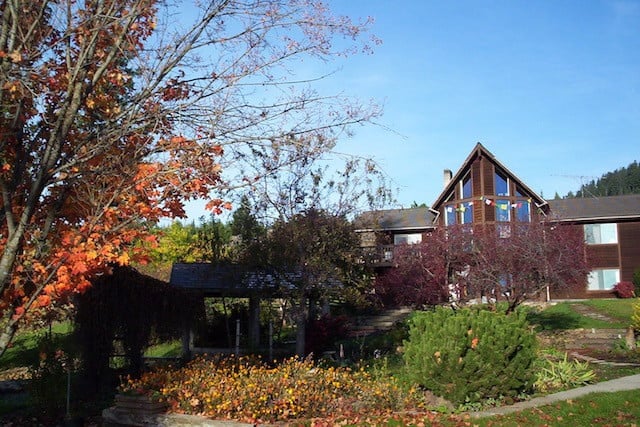 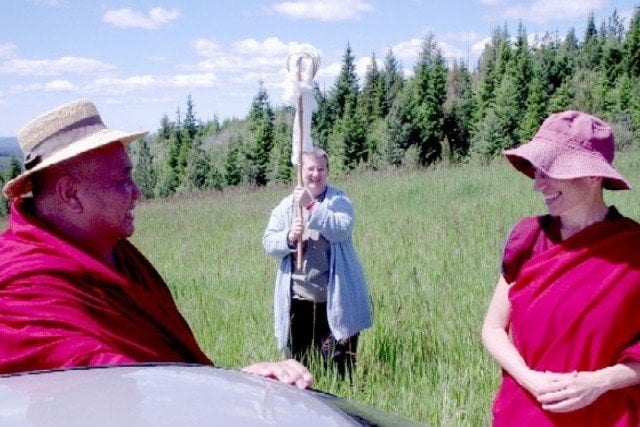 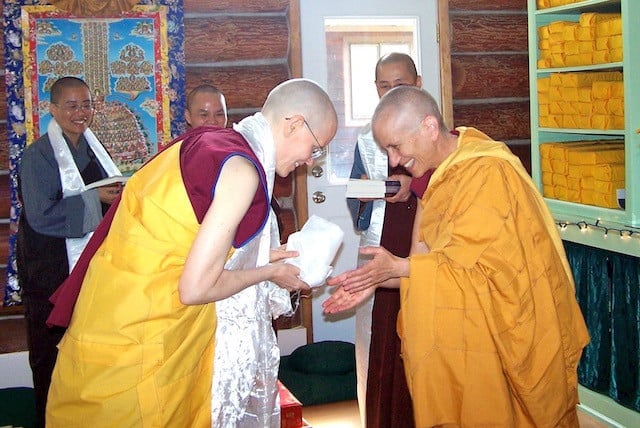 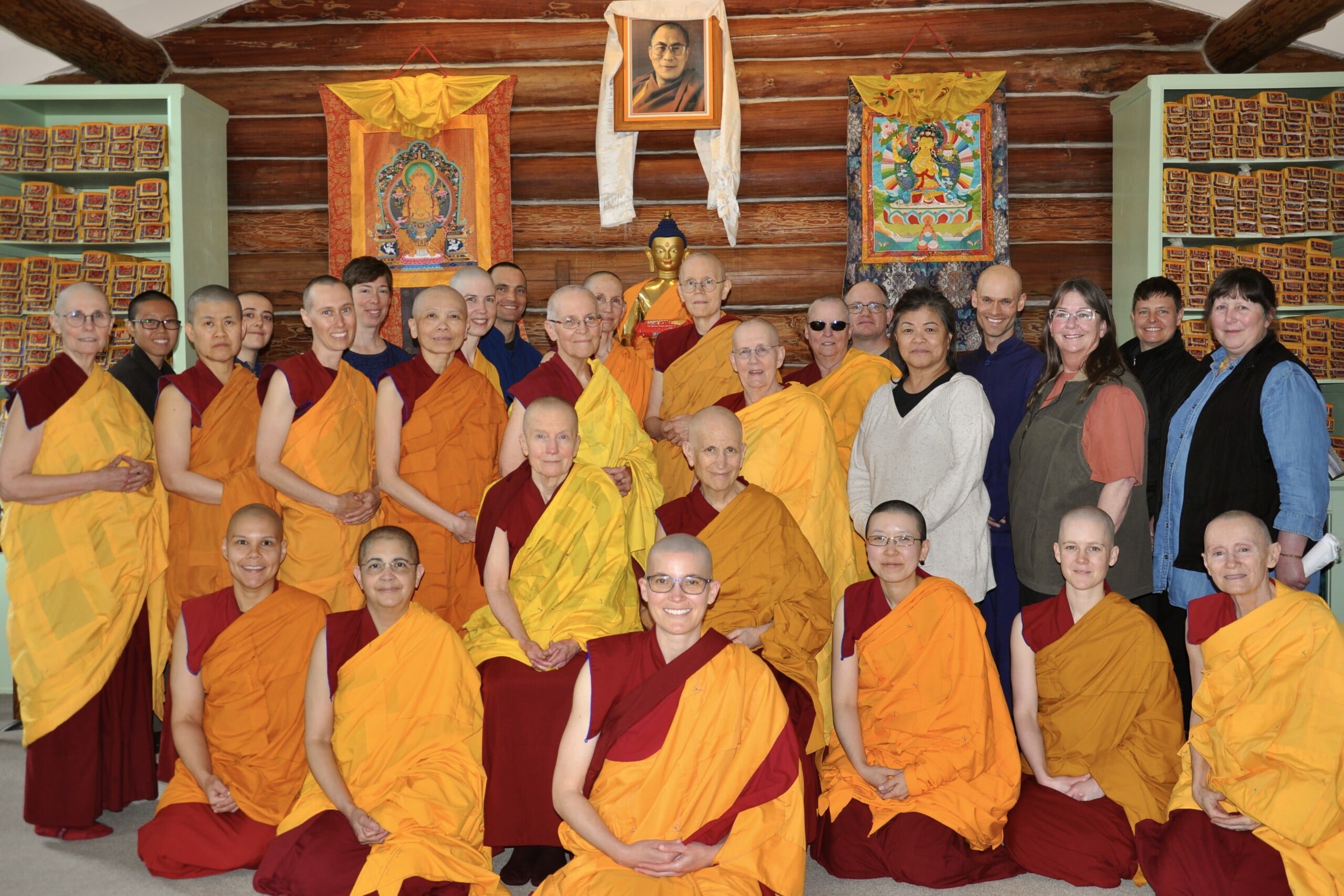